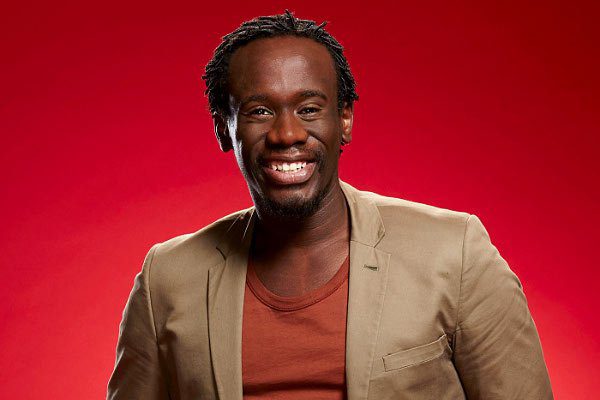 Anthony Riley, the former contestant of ?The Voice? season 8, was recently found dead in a Philadelphia apartment. His friend and fellow Philadelphia busker Robby Parsons confirmed the sad news to Yahoo! Music on Saturday, June 6.

?Anthony passed away Tuesday. He wasn?t found until yesterday [Friday],? Robby said, ?His sister called me at 7:30 yesterday to tell me? I called the friend he?d been living with, Bobby Iovine, and Bobby was in tears. And he said, ?Robby, it?s true.? ? He added, ?Anthony was a gentle soul. Just a loving, caring, gentle person, is what he was.?

Anthony?s sister Halima Miley told Philly.com that the family had yet to make the arrangements but a memorial would be open to public. Halima said, ?The city was his family. Everybody knew him, he couldn?t walk two steps without someone saying, ?Anthony, how you doin??? The public loved him.?

A representative for ?The Voice? said in a statement, ?We are sad over the passing of Anthony Riley. We offer our deepest condolences to his friends and family during this very difficult time.? Host Carson Daly paid tribute to Anthony on Instagram. ?Praying for the family and friends of Anthony Riley today. It?s a heartbreaking loss. He was incredibly talented and loved to sing. God Bless him,? he wrote alongside a photo of them.

While authorities have not revealed the official cause of Anthony?s death, Tootsie Iovine, who had been ?like family? to Anthony, told Philly.com that the singer took his life and was found on Friday in the basement of the center city apartment where he was staying.

According to the site, Anthony, who abruptly left ?The Voice? season 8 before the Knockout Rounds over ?personal reasons,? departed the show to deal with substance abuse issues. He then returned to Philadelphia to enter rehab.

?At the time, [?The Voice?] wasn?t working for me and I felt like I needed to go, instead of taking on more responsibility than I could handle,? Riley told the site. While he stressed that the show was a ?really great source of support? and ?they [made] sure we understood we were getting ourselves into,? Anthony said that the heavy workload and 16-hour days on the show were just too much for him to handle. ?It?s stressful; there are a lot of days that can turn into lonely days,? he shared.