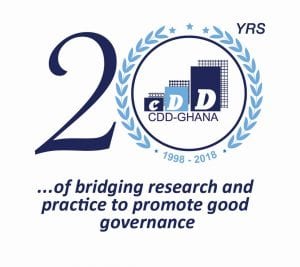 The New Patriotic Party (NPP), won power based on their promise to fight corruption in the country.

But two years down the line, the fight against corruption has been stagnated.

A petition signed by Mr. Kojo Pumpuni Asante, the Director of Advocacy and Policy Engagement at the Ghana Center for Democratic Development (CDD-Ghana) on behalf of Ghana Center for Democratic Development (CDD-Ghana), Ghana Integrity Initiative (GII), Ghana Anti-Corruption Coalition (GACC), Africa Center for International Law and Accountability (ACILA), Penplusbytes, Alliance for Women in Media, Africa (AWMA), OneGhana Movement, Joy FM and Adom FM, indicated that Ghana’s record over the past ten years in the fight against corruption demonstrates a failure to sustain gains made in certain years.

According to the petition, the high perception of corruption amongst public officials and informal leaders are informed by the day to day experiences of ordinary Ghanaians and confirmed by several studies conducted by the Ghana Integrity Initiative (GII) Consortium.

It cited a GII Consortium 2018 study on the “Cost and Impact of Corruption on Education and Health Sectors in Ghana” respondents scored “securing admission to educational facilities as a service with highest incidence of corruption in the education sector.

These perceptions the group said, are fueled by high opacity in the handling of corruption cases by state institutions making it difficult for Ghanaians to know the steps taken by government to address the high perceptions of corruption among public officials and informal leaders.

“For example, in the 2019 Budget Statement it is reported the Economic and Organised Crime Office (EOCO) investigated 466 cases, prosecuted 34 and secured two convictions.

“The success rate of the EOCO raises many questions but what is more worrying is what happened to the 432 cases investigated. Often, one would hear agencies like the EOCO, Criminal Investigations Division of the Ghana Police Service or the Public Procurement Authority (PPA) saying they have submitted dockets to the Attorney General’s Office waiting for action.

“For instance, nothing has been said about the status of cases after the Chief Executive Officer of the PPA, Mr. Adjenim- Boateng disclosed that some procurement infractions involving the National Lotteries Authority (NLA), National Communications Authority (NCA), Electricity Company of Ghana (ECG), Ghana Airports Authority and the Ghana Water Company Limited (GWCL) have been forwarded to the office of the Attorney-General.

“The failure to provide such crucial updates is dissuading a lot of Ghanaians to assume that corruption offenders can get punished. At the same time, it is sending wrong signals to offenders who are not deterred, in light of any obvious danger, to engage in corruption,” the petition noted.

It also said, the failure of public anti-corruption agencies to submit themselves to the full course of accountability and transparency is therefore undermining the fight against corruption.

“Another important example is the Auditor General’s 2016 Liabilities of Ministries, Department and
Agencies report of 2017. Despite the fact that a colossal amount of GHS 5.4billion was disallowed, Ghanaians have not been provided details of steps taken to retrieve monies illegally paid, sanction violation of public financial management laws and actions taken to prevent the occurrence of these acts of impunity.

“Also, the absence of rules to regulate gift giving and ethical conduct of public officials and political actors is frustrating all meaningful attempts to raise the bar of integrity among public officials and political actors. Because there are no clear rules, it is very difficult to enforce and prosecute offenders based on violations of gift policy, conflict of interest rules and misconduct.

“In essence, the existing framework is neither prohibitory nor binding enough to instill a high sense of good conduct and integrity among public officials and, it leaves room for a number of unethical conduct that cannot be checked under the current regime.

“Lastly, the failure of governments to adequately resource the National Commission for Civic Education (NCCE) to pursue its mission of educating citizens about civics including corruption, particularly the more difficult practices of nepotism, conflict of interest and cronyism, has contributed to the pervasiveness of corruption in Ghana,” the petition revealed.

Find The Original Petition Below

Petition to the President – Anti-Corruption Week