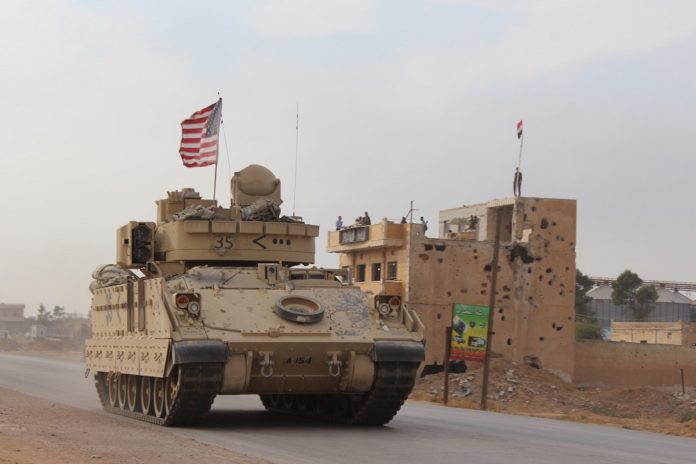 The protesters gathered in the village of Qasir in the countryside of Qamishli city in Hasakah, expressing their rejection to the presence of the U.S. and Turkish forces in northern Syria.

The protesters also condemned the economic sanctions that have been imposed on Syria recently by the U.S. under the so-called Caesar Act. Several protests have erupted in Hasakah either against the U.S. forces or the U.S.-backed Syrian Democratic Forces (SDF) over the living conditions in that part of the country.

The U.S. has several bases in the countryside of Hasakah, mainly in areas controlled by the SDF. The Syrian government has repeatedly called for the withdrawal of the U.S. forces from Syria, calling it forces of occupation as they entered the country without the consent of the Syrian government.