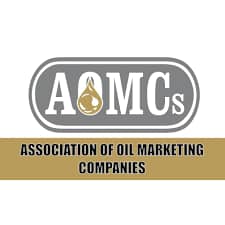 The Association of Oil Marketing Companies (AOMC) has assured Ghanaians and industry players that it will not support any member company that is engaged in any form of third-party supplies.

A statement signed by Mr Henry Akwaboah, Board Chairman and Mr Kwaku Agyemang-Duah, Industry Coordinator of the AOMC, and copied to the Ghana News Agency, said the Association would not support any form of illegality from members.

“AOMC cannot support any form of illegality and would like to state unreservedly that, it has never supported and shall not support nor back any Oil Marketing Company (OMC) engaging in any form of third-party supplies,” the statement said.

It, therefore, appealed to government and sector regulator to repeal laws, regulations, and rules about third party supplies as soon as possible.

The AOMC commended the Vice President, Dr Alhaji Mahamudu Bawumia for assuring petroleum downstream industry players of the government’s commitment to creating the enabling environment for their businesses to thrive.

The Association, however, noted that the inappropriate behaviour of few OMCs was an issue of great concern to marketers, who were dutifully complying with the ethics and rules of the industry, diminishing their market share and sales volume.

The statement said unauthorized third-party supplies described by the Vice President as “supplies by OMCs in good standing with regulators in favour of heavily indebted OMCs that are determined to evade payment of statutory levies and margins” posed worry to members.

The statement indicated that the Vice President’s assurance was timely and welcoming due to the current price wars and the seeming come back of illegal fuel trading, which distorted industry figures, affected profitability of the already struggling OMCs and negatively influenced unfair price wars in the industry.

The Association encouraged Oil Marketing Companies (OMCs) who were indebted to the National Petroleum Authority (NPA), Bulk Oil Storage and Transportation Company (BOST) and the Ghana Revenue Authority (GRA) to discuss a payment plan for resumption of their business operations.

“It is our fervent hope that all OMCs & LPGMCs shall abide by industry ethics and standards in their fuel marketing operations to ensure a level playing field which contributes to the development of our country Ghana,” it noted.
It said the industry had become unduly competitive due to inordinate predatory pricing practices by such third party loyalists.

“Fairness and adherence to industry ethics and standards have gone to the gutters and there is the need to sanitize the operations of OMC business.”

According to the statement, the foundation and key objective for forming the Association were to ensure the collective interest of its members by promoting the business of OMCs and LPGMCs operating under the set industry ethics and standards proffered by the NPA and the state.

A recent survey, they noted, revealed that Ghana as compared to Kenya, South Africa, and Morocco, had almost four times the number of retail outlets per square mile, adding that judging by the number of OMCs, Ghana had by far the greatest number per capita.

“These details also go to buttress the fact that our market is overly saturated and in no time, monthly sales volumes will continue to go downhill.”