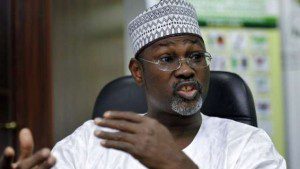 The All Progressives Congress (APC) in Rivers State has accused the State Chapter of the Peoples Democratic Party (PDP) and the Independent National Electoral Commission (INEC) in the State of desperately trying to cover up evidence of the brazen rigging of the recent general elections in the State. Rivers APC made the allegation while reacting to the suit lodged at the Federal High Court Port Harcourt, in which Rivers PDP and INEC are claiming that the INEC card readers meant to be used during the March 28 Presidential/National Assembly and April 11 Governorship/State Assembly elections in Rivers State were stolen by unknown persons, thus purportedly necessitating manual accreditation of ghost voters. ?By going to court to tell this childish story, Rivers INEC and its partner in crime, PDP, have only exposed their desperation to whitewash the charade they perpetrated in Rivers State in the name of elections on March 28 and April 11. This is nothing but self-indictment and amounts to an attempt to hide behind a finger which, of course, will fail woefully,? Rivers APC said in a statement issued Tuesday morning in Port Harcourt by the State Chairman, Dr. Davies Ibiamu Ikanya.

The party dismissed Rivers INEC and PDP?s argument as untenable, saying: ?These two organisations seemed to have conveniently forgotten that INEC Chairman, Prof. Attahiru Jega, expressly stated that where the card reader failed to work elections in such a place should be postponed till the next day, or in extreme cases, be called off. Contrary to this clear directive, the kindergarten criminals in PDP and Rivers INEC allocated figures to PDP?s candidates in their hurry to rob Rivers people of their power to elect the leaders of their choice. The revelation from the INEC headquarters that only 300,000 voters were accredited via card reader for the April 11 gubernatorial election whereas 1.1 million votes were credited to PDP guber candidate, Chief Nyesome Wike, provides conclusive proof that there was no election in Rivers State as our great party and International Election Observers have consistently maintained.?

Rivers APC consequently advised Chief Wike and other PDP candidates erroneously declared winner by the Resident Electoral Commissioner (REC), Mrs. Gesila Khan, to stop parading themselves as Governor and lawmakers so as to minimise their embarrassment when they are removed by the Election Petition Tribunals.

The party also chided Rivers INEC and PDP leaders for claiming in court papers that those killed during the elections were victims of communal clashes and not as a result of electoral violence. ?This absurd claim runs counter to overwhelming evidence and indicates that the consciences of those making them have become completely dead but we wish to assure them that Almighty God will certainly avenge the blood of these innocent citizens whose lives were brutally cut short by PDP leaders in their desperation to install Wike as Governor contrary to the wishes of the good people of Rivers State,? the statement concluded.