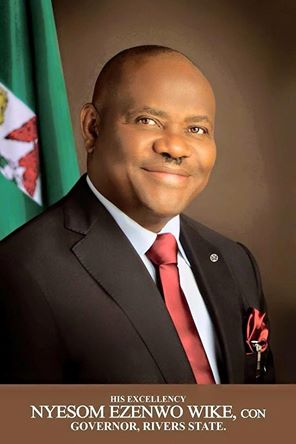 The All Progressives Congress (APC) in Rivers State has hailed the decision of Chief Nyesom Wike to stay away from the Government House in Port Harcourt for the next three months as a wise decision, describing it as an admission of imminent defeat at the Election Petition Tribunal. ?We fully support this decision by the Peoples Democratic Party (PDP) governorship candidate, who was unjustly declared Governor-elect by the State INEC, which never hid its connivance with Rivers PDP. He does not have the legitimate mandate of the good people of Rivers State to act as their Governor. The decision indicates his awareness that his days as governor are numbered and is in tandem with our counsel to him not to make any change either of the furniture or curtain in the Government House since his days as governor are very limited,? Rivers APC said in a statement signed by the State Chairman, Dr. Davies Ibiamu Ikanya.

Rivers APC in the statement issued Tuesday in Port Harcourt described the September target given by Chief Wike as enough time for the Election Tribunal to remove him to pave the way for the swearing-in of the APC governorship candidate, Dr. Dakuku Adol Peterside, as the authentic and people?s Governor of Rivers State. ?In the circumstances, we would like to counsel Wike further to limit his appointments to few aides as making many appointments will tantamount to killing the political careers of such appointees,? the party said.

Rivers APC expressed fear over the fate of the Rivers treasury in view of the large number of political warlords behind Wike whom he has to settle from dwindling State resources. It warned Wike and his cohorts to be aware that they will be called to account for the looting of the public treasury.

The statement took an exception to the claim by the Senate President, Senator David Mark that Port Harcourt is the new headquarters of PDP. ?As much as we sympathise with PDP and its leaders over the party?s new role as an opposition party, we wish to caution Wike not to spend Rivers State funds on an already comatose political party as any of the State?s kobo spent on such a fruitless venture will be duly paid back by Wike after his ouster as governor come September 2015 when the Tribunal may have acted based on the evidence before it exposing the results of the purported elections in Rivers State as mere fiction,? APC said.

It advised Senator Mark ?and other misguided PDP chieftains to look for the PDP ministers and cronies that looted our common patrimony with impunity to fund the dying party and leave Rivers State alone,? adding: ?PDP leaders should hide their ugly faces in shame for reducing the once largest party in Africa to a mere zonal party having fallen from its Olympian height, vacating the Wadata Plaza in Abuja and relocating to the Brick House in Port Harcourt.?