The National Chairman of All Progressives Congress (APC), Chief John Odigie-Oyegun, said the running mate for the party?s presidential candidate for the 2015 general election may be announced Today. 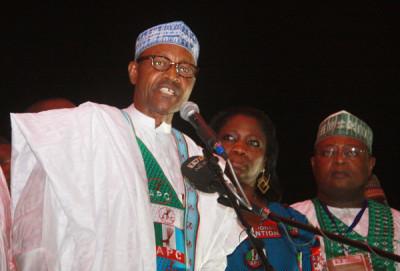 Odigie-Oyegun, who disclosed this to newsmen in Abuja on Tuesday at the end of National Working Committee meeting of the party, said that the presidential candidate, Gen. Muhammadu Buhari, would make the announcement in a news conference.

He said that the party had reached agreement on presidential running mate but insisted that it would be made public by Buhari.

?The party has consulted with the candidate ?and we have reached some agreement and he will address you tomorrow,? he said.

NAN reports that the NWC members at the meeting included the Speaker of House of Representatives, Aminu Tambuwal and former Federal Capital Territory minister, Nasir El-Rufai.

Meanwhile, contrary to reports that former Attorney General of Lagos state, Yemi Osibajo, is the preferred candidate for the job, Rotimi Amaechi, Rivers State Governor is likely to be presented today.

Daily Times had on Monday, announced Osibajo as the preferred running mate for Buhari but latest reports from Global Village Extra sources in Abuja have it that Amaechi is likely to emerge instead.