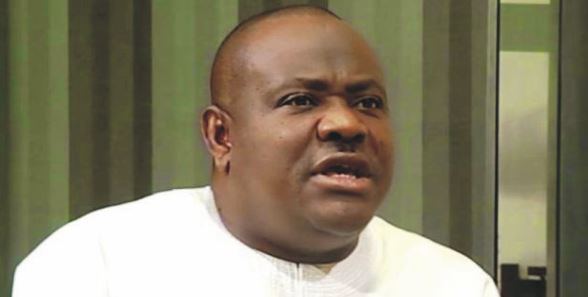 The APC in a statement signed today in Port Harcourt; Rivers State by its state Publicity Secretary, Mr. Chris Finebone, said that the party has concrete evidence of names that have been compiled by the State Government as Care-taker Committees that will replace the present duly elected 23 Local Government Councils in Rivers State.

Continuing, the APC noted with a deep sense of responsibility and concern for the continued peaceful coexistence of the people and residents of Rivers State that the APC would like to draw the attention of all to the negative consequences of such an action by the Nyesom Wike-led Rivers State Government as it will be illegal and subjudice and therefore capable of threatening the peace, law and order in the State.

?We would like to state that such an action will be in clear contempt of subsisting matters before a Port Harcourt Federal High Court in Suit No: CA/PH/131/2015 and the Court of Appeal Suit No: FHC/PH/CS/84/2015.

?Furthermore, the APC would like to draw the attention of relevant authorities and the general public to the fact that the Supreme Court of the Federal Republic of Nigeria has severally ruled that Governors of States in Nigeria lack the powers to sack elected local government councils as in the case of the removal of 148 elected local government councils by the Abia State Government in 2006 and subsequent Court of Appeal judgments in the Imo and Ekiti States in 2012 and 2013 respectively where it was held that such actions by state governors amounted to ?executive rascality.?

?As a political party, the APC is not in doubt that the Nyesom Wike-led Rivers State Government would prefer to continue to conduct its affairs without recourse to rule of law as it recently vindictively dissolved the Board of the Rivers State independent Electoral Commission [RSIEC] and the Rivers State Judicial Service Commission despite subsisting cases in courts.

?The APC would like to call on the President of the Federal Republic of Nigeria and the Commander-in-Chief of the Nigerian Armed Forces, the Heads of the various security agencies and the general public to hold the Nyesom Wike-led Rivers State Government responsible for any threat to law and order in Rivers State that may result from the reckless and illegal decision to do away with the duly elected 23 Local Government Councils in the State in order to replace same with his hand-picked cronies as Care-taker Committees. The sitting governor, Nyesom Wike must realise that he is about to sow an ill wind of which he would be unable to manage the whirlwind that will follow? the statement concluded.