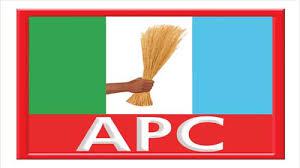 The National Executive Committee, NEC of the All Progressives Congress (APC) will be meeting today to resolve the issues outstanding from the zoning of principal office positions in the party as recommended by the National Working Committee, NWC of the party last week.
The deliberation of the party?s highest decision making body is expected to quell rising anxiety within the party over the allocation of party positions that has seen zonal leaders position their interests against those of other zones.
The party NWC had reportedly zoned the position of Senate President to the North-Central a development that has seen two of the major gladiators from the zone, Senators Bukola Saraki and George Akume turning into the front leaders for the contest.
The zoning of the speaker and Deputy Senate President, according to sources is expected to be resolved today or possibly tomorrow by the party hierarchy.
The party NWC had reportedly favoured the Southwest Zone for the office of speaker a decision that subsequently generated controversy as leaders from the Northeast were believed to have also claimed the position besides the office of Deputy Senate President that was reportedly also zoned to the zone.
However, gladiators within the Northeast were yesterday reported to be canvassing the allocation of the DSP position to the Bauchi/Gombe axis in the region given the claim that other states in the region had been satisfied with other positions.
According to sources, the APC has conceded the Chairman of the Board of Trustees to Adamawa/Taraba axis, Deputy Senate President to Bauchi/Gombe axis and House Leader to Borno/Yobe axis of the northeast zone.
Former Vice-President Atiku Abubakar according to sources is to be chairman of the BoT of the party putting Adamawa/Taraba axis out of contention in the race for Deputy Senate President.