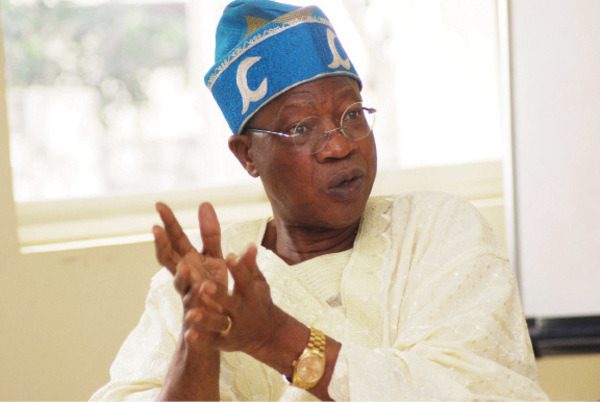 The All Progressives Congress (APC) has accused President Goodluck Jonathan?s administration of plotting to hinder a smooth handover of power on May 29th, as it is becoming apparent that the Administration will not fully cooperate with the incoming government, despite its public posturing in that regard.

In a statement issued in Abuja on Thursday by its National Publicity Secretary, Alhaji Lai Mohammed, the party also described as an act of hostility and a patently-misplaced aggression the unnecessary vituperation against the incoming Buhari Administration by the Jonathan government, ostensibly because of the terms of reference of the Buhari Transition Committee but in reality part of an orchestrated plot to sabotage the transition.

It rejected the continued blackmail by the Jonathan Administration as a result of President Jonathan?s concession of defeat, wondering whether the concession, gracious as it was, has now become a shield for all wrong doings.

?We are sick and tired of being blackmailed by the Jonathanians. Gen. Buhari won the 28 March Presidential Elections fair and square, having satisfied both constitutional and other statutory requirements. We have no apology for our victory, and the concession of defeat ? while it may have increased the political stock of President Jonathan ? has by no means diminished the historic and emphatic victory of Gen. Muhammadu Buhari and the All Progressives Congress,? APC said.

Justifying its statement that the Jonathan Administration is plotting to hinder a smooth transition of power, the party said while the outgoing government had earlier issued a memo to all ministries, departments and agencies to make sure their handover notes are ready by April 20th, the same government has now reversed itself and said the handover notes will not be ready until May 14th.

?With the new date, the Buhari Transition Committee will have little or no time to take a thorough look at the handover notes or seek clarification on knotty issues, effectively handing it (Buhari Transition Committee) a fait accompli as far as the handover notes are concerned. This does not augur well for a smooth transition and gives the impression that the outgoing Administration is trying to hide something.

?By its dillydallying on the date for the readiness of the handover notes from the MDAs, the administration?s posturing that it is ready to hand over has been exposed as nothing but a smokescreen,? it said.

APC described as illogical and strange the claim by the Jonathan Administration that the President-elect is trying to set up a parallel government simply because he has set up his own Transition Committee and given it terms of reference meant to guide the members on the discharge of their duties as members of that Committee, wondering how

on earth those terms of reference have become the concern of the outgoing Federal Executive Council.

?It is either the outgoing Federal Executive Council has something to hide or is bent on sabotaging the incoming government. There can be no other reasons for the misplaced aggression that was exhibited in that ill-intentioned, unprovoked and vitriolic statement from the Jonathan government,? the party said.

It said that in order to put the matter beyond doubt, the party has decided to publish in full the terms of reference in question so that Nigerians can judge for themselves whether there is anything suggestive of intimidation or running a parallel government in the document.

APC warned the Jonathanians not to overstretch the goodwill which the President has earned by his gracious concession even before INEC officially declared Gen. Muhammadu Buhari as the winner of the March 28th Presidential election, saying while it was momentous, it was not unprecedented in Africa, where power has changed hands peacefully between the ruling and opposition parties in several nations.

?Are they now saying that because the President conceded defeat, the incoming administration can no longer ask legitimate questions or seek clarifications that may arise from the handover notes.

?We will not surrender to any blackmail, subtle or otherwise. We shall ask questions and ask for explanations and clarifications whenever and wherever we deem such necessary. We cannot run a transparently honest government or fight corruption if we are prevented from asking legitimate questions and seeking clarifications from the outgoing government during the transition process. Let the Jonathan Administration not tie our hands behind our back just because he conceded defeat after losing an election,? the party said.