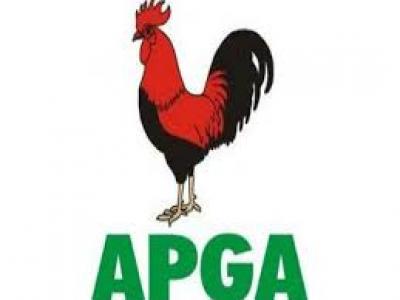 The governorship candidate of the All Progressives Grand Alliance (APGA) in Abia state, Dr Alex Otti, has promised the people of the state that his administration will abolish multiple taxation in the state, if he is voted into power.
Otti made the promise at Ubakala in Umuahia while addressing party supporters during his campaign tour of Bende and Umuahia South Local Government Areas of the state.
He expressed concern that residents of the state, especially the traders, market men and women, artisans, transporters, industrialists and other business concerns, were being over-taxed.
He said that many businesses, particularly in Aba and Umuahia, were adversely affected by the development and that many of them had relocated to other states.
The APGA governorship hopeful decried the non-payment of teachers? salaries, as well as pensions and gratuities by the government.
??I use this opportunity to call on the outgoing administration to pay the arrears of pensions and teachers? salaries.
??But if they failed to pay, by May 29, when we take over government, I will pay the salary and pension arrears.??
Otti promised to deploy his international connection and exposure in attracting investment to the state, so that jobs would be created for the teeming unemployed youths
He promised to transform Umuahia, Aba and Ohafia, saying that he would redesign and rebuild Aba.
He also promised to build a ??state-of-the-art?? specialist hospital in each of the three cities to enhance efficient healthcare delivery and check medical tourism outside the state.
He promised that the condition of service and salary of medical doctors would be attractive to lure back home Abia-born medical doctors plying their trade outside Nigeria.
The former Managing Director/Chief Executive Officer of Diamond Bank, who attributed his success in life to the quality of education he had, promised to introduce free and compulsory education in the state, if elected.
He promised not to receive any salary for the period of his tenure, if elected governor, as he would forfeit it to the development of the state.
??I believe that why God blessed you is for you to be a blessing to others,?? he said.