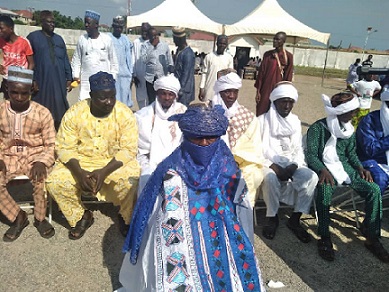 The newly installed Zabarma chief of Aplaku, Chief Adamu Hamani has called for unity and cooperation to help accelerate development in the area.

This he said that no meaningful development could take place in an area plagued with conflicts and petty divisions.

He made the call when swearing an oath of allegiance to the Zongo chief of Aplaku, Sarki Issaka Alhasssan I.

According to him,  there is the need for traditional leaders to fervently contribute their quota towards the development of the country especially in the areas they rule. This he said, would help to complement the efforts of the government.

He also seized the opportunity to advise the youth to eschew the habit of engaging in immoral acts, and rather take their studies seriously.

Sarki Issaka Alhasssan is a Senior medical practitioner and herbal consultant who succeeded in his kingship through humbleness and humility.