News Ghana
Home News Apostle Francis Amoako Attah Explains Why You Must Not Sleep At The... 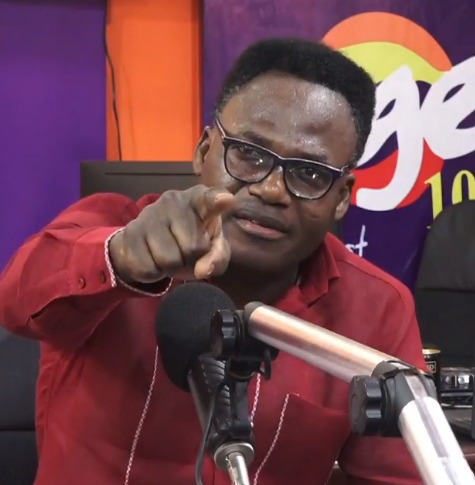 Apostle Francis Amoako Attah, the SEER, Founder and Leader of Parliament Chapel International (PCI), has admonished believers not to sleep at the wrong time; else, they will miss their destiny.

The man of God who was speaking on ‘Kingdom Kitchen’ a weekly program on PCI Online TV, said anytime one sleeps at the wrong time seven things happen to his or her life.

According to him, God is a God of season and a Kingdom is a kingdom of a season, hence whatever a man does on earth must be guided by the season.

Taking his sermon from Genesis 21: 8 – 13, he noted that, the story about Isaac and Ishmael is ample evidence of the relevance of staying awake to secure one’s inheritance or doing so at the wrong time would make people mock them.

Genesis 21: 8 – 13, “And the child grew, and was weaned: and Abraham made a great feast the same day that Isaac was weaned. And Sarah saw the son of Hagar the Egyptian, which she had born unto Abraham, mocking. Wherefore she said unto Abraham, Cast out this bondwoman and her son: for the son of this bondwoman shall not be heir with my son, even with Isaac. And the thing was very grievous in Abraham’s sight because of his son. And God said unto Abraham, Let it not be grievous in thy sight because of the lad, and because of thy bondwoman; in all that Sarah hath said unto thee, hearken unto her voice; for in Isaac shall thy seed be called. And also of the son of the bondwoman will I make a nation, because he is thy seed.”

From the above Scriptures, Apostle Francis Amoako Attah said time for Isaac to wean himself off his mother’s breast was long overdue hence, he had to be forced.

He said Abraham who realized that until his son is weaned off his mother’s breast. He is still a child had to take a strong decision for Isaac to move from childhood to adulthood for him (Isaac) to be able to fulfill what God prophesied in his life.

He said, when a feast was being held in Isaac’s honour, Ishmael the son of Hagar the Egyptian, which she had born unto Abraham was seen mocking Isaac because he could not weaned himself off his mother’s breast on time.

He said: “As many times you allow yourself to be fed with lies, and breastfeed with gossips, lies and envy, you are still a child. And in as much as you continue to suck your mother’s breast, what happened to your mother will happen to you because God cannot bring you out from that state to a state that He (God) can hand over your prophesy to you. Because, you cannot function well enough when you are still a child.”

Apostle Francis Amoako Attah also averred that in the Kingdom, “anytime you depend on your own Grace and anytime the enemy will attack you, that Grace will disappoint and disgrace you.”

He explained further that because Ishmael mocked Isaac, he and his mother were sent away but even at that, “God was with the lad; and he grew, and dwelt in the wilderness, and became an archer.”

Apostle Francis Amoako Attah advices believers to seek the face of God always, and that “whenever you see somebody prospering, it means he knows something you don’t know, he does something you are not doing, and he had sown a seed you never sown before.”

He called on believers to take these three things serious so as to build their lives.