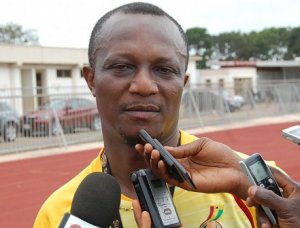 Ghana coach Kwesi Appiah has said he has been having sleepless nights over ongoing skirmishes in camp at the World Cup.

The Black Stars will face Portugal in a must-win game on Thursday but row over appearance fee and alleged altercation between Appiah and Kevin-Prince Boateng in camp have dominated the headlines.

The 53-year-old has admitted the tension in camp is of major concern to him, adding the fall-out between him and the Schalke midfielder was ?normal? since ?there are issues in any team.?

?Boateng fall-out?.. This has long been resolved. We sat down after the training and sorted things out. It?s not an ongoing issue,? Appiah said at a pre-match press conference.

He gave the assurance that the issue about appearance fee would be sorted out before Thursday?s game since the government of Ghana had intervened. The ministry of sports confirmed Tuesday that $3 million had been air lifted to Brazil to pay each player $100,000 after threatening to boycott their last group game until they receive the physical cash.

He said: ?No coach would like his players to worry about money before such an important World Cup match. I have had some sleepless nights. These things should have been taken care of before the competition. But we are trying to cope with it.

?The players will go out there regardless of whether the money arrives. It?s not about being rewarded for anything. It?s all about the appearance fee, which any country pays its players. This has nothing to do with being a professional. Players are entitled to this. Fifa pays this money to the countries. Ghana then pays it to the players. Some of the players don?t have an account in Ghana, which is why they?re flying in cash.?