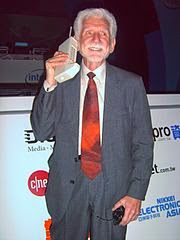 When we were kids, we were told that if we learned hard enough, we were going to be rewarded with a good job when we graduated from college. In my experience this is not entirely true, employers in this millennium look beyond the GPA’s for other attributes that will convince them that you will be a valued asset in the workplace.

Therefore, the most successful job seekers are those that sell themselves effectively just like a marketing company does for its product. Modern job seekers have to approach the job search in a manner not unlike that of Fortune 500 companies seeking to raise profit margins and make investors happy. Employing the tools and attitudes these companies use in selling their global brands will enhance job seekers chances of landing their dream jobs. In this writing, two global tech companies and their strategies for overcoming their unique challenges are screened for gems that can be assimilated into your job searching strategy. Apple Inc.
“Apple’s marketing team is telling you that your grades do not matter, but identify your strengths, perfect and present them visibly and you will be the most employable individual among your peers”.

The Apple iPhone is one of the hottest selling smartphones in the tech industry, it is the single smartphone that outsells any other individual smartphone brand. The iPhone tops all other smartphones during most tech reviews even though the latest iPhone has very unimpressive hardware compared to what other manufacturers are churning out.

For instance the latest iPhone, the iPhone 5s, has a system memory (RAM) of only 1 GB and a processor speed of 1.3 GHz dual core. The power of a smartphone is mostly determined by these two components with higher specifications implying better performance when running the same software. The Apple iPhone’s main competitor is Samsung, interestingly Samsung’s RAM and processor speed for their flagship device, the Galaxy S5, are twice more powerful than those of the iPhone 5s. Despite the higher specifications of the Samsung phone, the two flagship phones are priced the same. Logically the Samsung Galaxy S5 should outsell the iPhone 5s but the reality is that most buyers prefer the iPhone. Why?

The secret to the iPhone’s success is mainly due to its beautiful well designed interface and body. The iPhone is designed to perfectly fit the average hand and the software interface is smooth and very intuitive. The iPhone experience is unique and unbeatable in the market despite its mediocre hardware which is just adequate to run the latest software. Yet phone buyers do not care about the hardware, all that matters to them is that the phone can do whatever you throw at it and it gives you a good value in user experience.

Grades are like hardware, being an A+ student is admirable and commendable. But employers are mostly interested in employing someone who can get the work done and even add some value. If students have nothing else apart from grades to present to an employer, they may be overlooked for a student who might be average in academics but with consistent displays of leadership, good interpersonal skills and commitment to duty. Just like the iPhone experience, the attributes you have developed through extra-curricular activities may give your prospects a well-earned boost that may put you behind a desk or whatever your dream job will put you behind.

Motorola Mobility
The gem from Motorola Mobility is that if you are doing everything right but are not getting the results you want, redefine your goals to target a niche that is easier to achieve but that is not as cutthroat as your previous targets.
Motorola is a pioneer in the mobile phone industry, it was the first company to develop a mobile hand held phone in 1973. In 1983 the company was the biggest seller of mobile handsets in the pristine mobile phone industry but in 1998, Nokia kicked Motorola off the podium. Motorola remained a pioneer in the industry and developed a lot of technologies that are invaluable in most phones even today, but their sales began to decline sharply as bigger players entered the industry. The mobile development division of Motorola was eventually split from the original Motorola (probably due to the huge losses it was incurring) and called Motorola Mobility. Motorola Mobility was sold to Google Inc. in 2011, and recently Google also sold Motorola at a loss to Lenovo.
In essence, Motorola which was once the future of the mobile industry had become the child nobody wanted. In 2013, Motorola released the Moto G to target a niche of smartphone users that wanted a good but affordable smartphone. This phone’s release saw an increase in sales that Motorola had not seen in ages. Motorola has finally found its place in the smartphone industry and could still be relevant and competitive. Motorola continued with this strategy by releasing the even cheaper low range Moto E smartphone that has been received with much expectation of success and adulation by technology analysts.
Just like Motorola, if your best applications and efforts are not yielding commensurate results, then it is probably time to rethink your strategy.

Have you been targeting only the high paying corporate jobs in your searches or a niche that is extremely difficult to break into? You can explore other options that may have a need for your skill. The new niche may not be as high paying or conducive as your initial target but they may serve as good stepping stones to greater things in the future. You will gain some valuable experience and stay relevant in the industry even if that job is as an unpaid intern.
Never give up pursuing your dreams but keep on searching, and your reality may soon be someone else’s aspiration. Feel free to share your views or experiences in job searching in the comment option below. Happy job hunting!

Everything Apple announced at WWDC – in less than 500 words