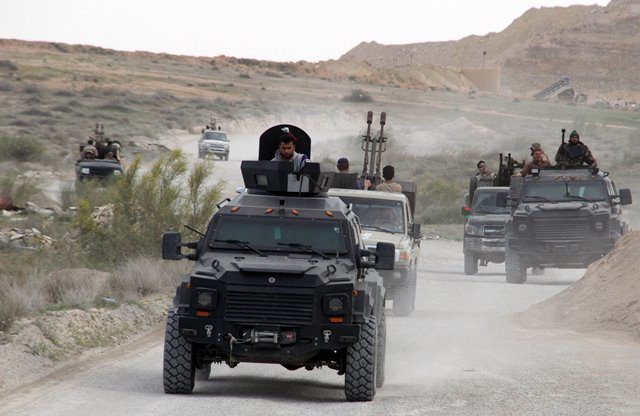 The current minister for fisheries and agriculture Sigurdur Ingi Johannsson said Gunnlaugsson would step down as prime minister, but remain as chairman of the party. Johannsson will serve as the new prime minister, according to reports. Thousands of angry Icelanders protested in front of the parliament building last night calling for the dismissal of the current government. (Iceland-Resign)
– – – –


TRIPOLI — Libya’s self-proclaimed government in Tripoli decided on Tuesday to step down, a statement said. The move comes less than one week after the UN-backed government had entered the capital Tripoli.

The new government, headed by Fayez Serraj, has entered Tripoli on Wednesday. Tripoli’s government rejected the unity government, and previously declared a “state of emergency in the country.” Libya had a political division with two rival governments and parliaments battling for dominance amid escalating violence and increased dominance of militant extremism.
– – – –
MINSK — Belarusian President Alexander Lukashenko on Tuesday deems it necessary to continue work on the full normalization of relations with the European Union and deepening of cooperation in the context of national interests of Belarus.

But he added that Minsk did not accept the choice between the West and Russia it was asked to make by either EU or the United States.There are lots of opportunities to develop pragmatic relations between Belarus and Europe, including by means of advanced technologies and cheaper money, the president said.
– – – –
CAPE TOWN — A motion to impeach South African President Jacob Zuma, proposed by the opposition, was defeated in parliament on Tuesday.

The result had been expected as Zuma’s ruling African National Congress (ANC) party has a large majority in parliament.The motion came after South Africa’s highest court ruled last week that Zuma violated the constitution by ignoring orders for him to repay part of the public money used to upgrade his private home. The opposition has long accused Zuma of alleged corruption and incompetence, with parliament often being marred by squabbles. (S.Africa-Resign-Motion) Enditem