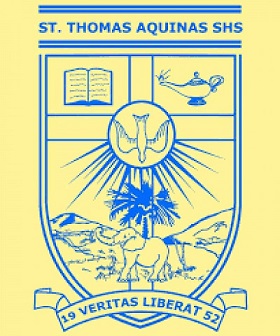 The old students association of the St Thomas Aquinas Senior High School(Old Tom}is putting up an ultra-modern Assembly Hall for the school at the cost of GHS 5.5 million to commemorate the 70th anniversary celebration of the school.

The 3,000-seating capacity hall when completed would enhance effective teaching and learning and is funded through voluntary contributions and fundraising activities.

Mr John Amuzu, President of the association during the inauguration of the first batch of the sub-committees in Accra expressed the hope that the members of the subcommittees would work diligently to enable the school have successful events.

The five sub-committees; Fundraising, Budget and Finance, Brochure, Media and Publicity and Awards, are to see to the successful organization of the anniversary programmes and the early completion of the project.

Some of the activities planned for the anniversary on the theme ‘The Vision and Philosophy of the Founding Fathers of St Thomas Aquinas SHS: 70 years of Holistic Quality Education’ are Football Gala, Remembrance Day, Christmas Concert, Float/Exhibition and Old Tom Entrepreneurship.

Mr Amuzu also appealed to the students not to engage in examination malpractices which would tarnish their image and also ruin their lives.