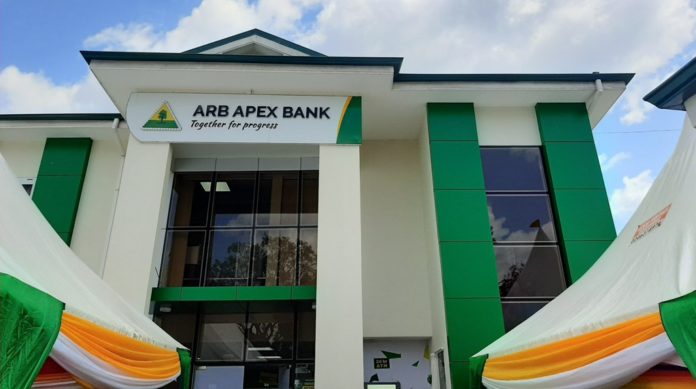 ARB Apex Bank has opened a multi-purpose office building in Adweso, a suburb of Koforidua in the Eastern Region, to provide a safer and conducive working environment for Rural and Community Banks (RCBs) in the region.

The GH¢3,142 million building, has a regional office branch on the ground floor, a state-of-the-art conference room on the first floor and offices for the Eastern Regional Chapter of Association of Rural Banks.

Mrs Elsie Addo Awadzi, Second Deputy Governor of the Bank of Ghana (BoG), in a keynote address at the commissioning, said the opening of the building signaled the bank’s readiness to expand the reach and impact of its work for the benefit of RCBs and the customers they served.

She observed that the RCBs sector, instituted since 1976, was a response to a then problem of limited penetration of commercial banks in the rural communities to mobilize savings from local communities and provide credit to support economic activities.

She said the RCB sector, which currently comprised 145 RCBs and serving about 28 million customers nationwide, was expected to continue to evolve into a significant player in the financial sector to help provide more access to finance development of rural economies.

The Deputy Governor of the BoG, recognizing that RCB customers may have been severely hit by the coronavirus pandemic, indicated that the Bank of Ghana had instituted some policies and regulatory reliefs to support the sector.

Whiles congratulating the board, management and staff of the bank on the successful completion of the facility, she reassured that the BoG would continue to explore ways to further strengthened the capacity of the bank to better support the RCB sector and its customer base.

Mr Kojo Mattah, Managing Director of ARB Apex Bank, observed that there was a temptation for RCBs to put up massive offices to out-do others in terms of looks, however, was not the best as it landed banks in difficulties.

He said operating rural banks did not require huge investments in buildings and advised the banks to be conscious of the costs and benefits of such investment options, adding that modesty should be the watchword in making decisions regarding office buildings.

Mr Mattah noted that despite the devastating impact of Covid-19, the rural and community banks in the Eastern Region had performed well and posted a consistent growth in deposits over the past three years.

He thanked all, who contributed in diverse ways to build the office for their immense support and said the ARB Apex bank, together with all its associate banks, would serve Ghanaians with the best and modern banking products and services.

He announced that the Bank was speeding up processes to ensure the much awaited rural and community banks’ Agency Banking project, was realized to help create jobs in various communities and increase the commission pool for the banks.

Dr Aubynn, assured that the bank would continue to make relevant and significant investments in the Eastern Region to ensure that rural and community banks remained in the league of well performing banks in the country.