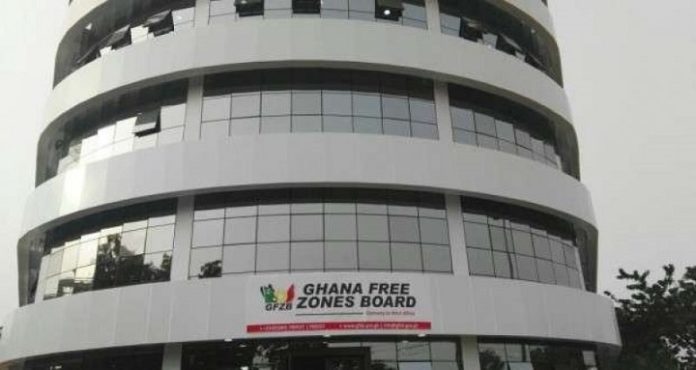 Barely a month to the polls in Ghana, and in line with calls for issues-based electioneering, the logic and operation of Special Economic Zones (SEZs) or Free Zone enclaves in Ghana, the fiscal regimes and the wellbeing of the Ghanaian worker within them, need to make it to the economic and political basket of issues for the attention of the political contenders.

This is especially so in the wake of the Covid-19 pandemic which has exposed sharply the vulnerabilities of the Ghanaian economy, just like other economies depending on raw materials exports, with limited diversification.

The pandemic has, once again, highlighted the enduring features of the Ghanaian economy: weak productive capacities, less value capture domestically, low-quality jobs, foreign capital dominance and integration into the global economy as raw materials-dependent country. Again, pressing is the range of the promises to offer stimulus packages to businesses–small and medium enterprises– as well as promises to provide some free essential services like education, health etc.

These are captured in the manifestos of the political parties. Special economic zones, trends and role in economic development Special economic zones are delineated geographical areas by governments to facilitate industrial activity through fiscal (taxation and expenditure) and regulatory incentives and infrastructure support like roads, water, electricity, communication facility, etc. to those areas.

In Ghana, the number of firms operating as free zones companies has been rising. It was only 8 in 1997 but by 2013, the number of registered companies had grown to 240 and then to 352 by 2015 according to figures from the Ghana Free Zones Board.

Globally, there are nearly 5,400 free zones across 147 economies today, up from about 4,000 five years ago. But there are a lot more in the pipeline.

This means SEZ is becoming an important feature in many economies. In terms of the policy logic, it is Foreign Direct Investment (FDI) driven.

That is, the host state provides incentives and the support infrastructure with the expectations that benefits in terms of employment, revenue, technological transfer etc will compensate for the incentives offered.

These economic zones can make important contributions to economic growth. However, they are much more meaningful where there is a strong domestic private sector which the foreign investments complement.

In that sense, the domestic firms can dictate the pace and direction to create meaningful jobs and boost exports – both directly and indirectly where they succeed in building linkages with the broader economy.

The zones can also support domestic and regional value chain participation, industrial upgrade and diversification. However, SEZs are neither a precondition nor a guarantee for development. Where they contribute to raise the level of economic growth, the stimulus tends to be temporary.

After the build-up period, most zones grow at the same rate as the national economy. And too many zones operate as enclaves with limited impact beyond their confines and become a drain on the national purse because of the special incentives offered them. Ghana’s generous incentives to SEZs Ghana, in the quest to attract foreign capital, created and designed free zone enclaves/special economic zones and offered juicy investment incentives as baits.

These are underpinned by the expectation of the benefits of FDI though evidence of FDI-led development remains patchy. The country went ahead to create the Ghana Free Zone Board to oversee the regulation of these zones since 1995.

Fiscal incentives, which are grounded in laws and treaties (trade, tax, investment etc.), have been a feature of Ghana’s quest for FDI.

For instance, free zone enterprises in Ghana are exempted 100 percent from payment of direct and indirect taxes and duties on all imports for production and exports from free zones. Also, the companies enjoy 100 per cent exemption from payment of income tax on profits for up to 10 years from the date of commencement of operation.

They have relief from double taxation for foreign investors and foreign employees. Shareholders are exempted from the payment of withholding taxes on dividends arising from free zone investments. Again, within the free zones, both foreign and domestic investors have equal rights to take and hold a maximum of 100 per cent of shares in any free zone enterprise.

No restrictions on total foreign or local ownership of free zone enclaves and enterprises and there are minimal customs formalities.

Furthermore, the laws also shield these enterprises from nationalization and expropriation. There are no conditions or restrictions on repatriation of dividends or net profit, payment for foreign loan services, payment of fees and charges, for technology transfer agreement and remittance of proceeds from sale of any interest in a free zone investment.

Free Zone investors are permitted to operate foreign accounts with banks in Ghana. Admittedly, tax and broader fiscal incentives are instrumental in reducing the cost of investment and raising output of beneficiary firms and could contribute to economic growth.

However, the economic development impact of such fiscal incentives hinges on other factors such as industrial, trade, finance and technology policies by the host state.

What can Ghana show for the incentives offered over the years? Ghana, after operating the free zone model, over almost three decades, cannot be said to be fully achieving or benefiting from the purpose for which the Special Economic Zones were established.

A number of challenges have emerged and demand immediate attention following research conducted on the operations of the Free Zone companies. They relate to employment, working conditions and revenue issues, capacity of state, technology transfer issues and abuses by the companies and the contextualization of the SEZ logic to development.

Using the employment indicator, Free Zone companies altogether employed a total of 27,235 workers as of December 2018. This, in terms of formal employment, it is about 0.02 per cent.

This means that in spite of the many incentives and the cost to the country for providing generous incentives to the Free Zone companies, they are not contributing sufficiently to the objective of creating employment.

Additionally, the few jobs that have been created have often been described as low-quality jobs. Also, there have been reports about abuses of the country’s generosity.

They relate to relocation of companies to neighbouring countries after establishing their businesses at the expense of Ghana’s taxpayer’s money.

Others are liquidation after the 10 years tax holiday and coming back in a different form and new business name, poor linkage to the rest of the economy, and low quality of employment conditions.

Again, the whole country has been declared a Special Economic Zone but the capacity of state cadres to monitor effectively is lacking. This results in ineffective monitoring of imports of raw materials, capital goods, equipment and machinery, and vehicles by Free Zone companies.

This is partly due to the inadequate customs resident officers at these companies, leading to ineffective monitoring of production and sales volumes; challenges in escorting imports from harbours to their factories, tracking devices not adequate and effective thereby aiding diversion of imported raw materials into the domestic market.

These result in revenue loss to the state. In 2017 alone, tax exemptions granted by government amounted to US$475 million. And this was a year when government had promised to review the exemptions regime and to tighten the screws on tax exemptions.

Government had planned to abolish the use of special import permit that allow companies in the free zones, for example, to import without paying the required custom duties. When fiscal incentives are loosely applied to firms, they can end up entrenching historic structures of dominant firms rather than transcend those historic structures of imbalances, to create and generate dynamic domestic ones.

It can also be a form of extra surplus transfer to those who get it only because they are powerful enough to grab it thereby worsening the challenges of financial flows, both licit and illicit.
Also, the conditions of the Ghanaian worker in the zones demand attention by the political contenders.

There are also irregular in the payment of Pay As You Earn (PAYE) and Social Security and National Insurance Trust (SSNIT) for their employees.

A 2012 Annual Survey of Violations of Trade Union Rights conducted by the International Trade Union Confederation (ITUC) indicated the persistent violations in EPZ as one core issue of its survey in Ghana.

The above challenges and abuses corroborate the 2019 World Investment Report, produced by the United Nations Conference on Trade and Development (UNCTAD), which shows that the performance of many zones remains below expectations.

First of all, the model of the SEZ, as a model for economic development, needs to go hand in hand with a clear industrial path with tighter and appropriate trade, finance, investment and technology policies.

Policies that prioritise the creation and nurturing of domestic firms even as foreign firms complement their efforts. This will ensure that FDI operations interact meaningfully with the rest of the Ghanaian economy by ensuring backward and forward linkages in the wider economy.

Secondly, it is long overdue to review the incentives regime offered to Free Zone enterprises and link them to clear measurable indicators such as employment, technology transfer, and market to local producers.

Countries are rebooting their economies and seeking to capacitate the locals to take a commanding role in their respective economies.

Last, but not the least, powers of the state to ensure that workers are treated properly, fairly and their economic rights enhanced within the Free Zones should be exercised.

This will give a clear signal to companies operating there that the Ghanaian workers’ rights are as inalienable as those of workers anywhere in the world. 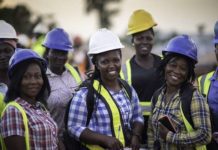