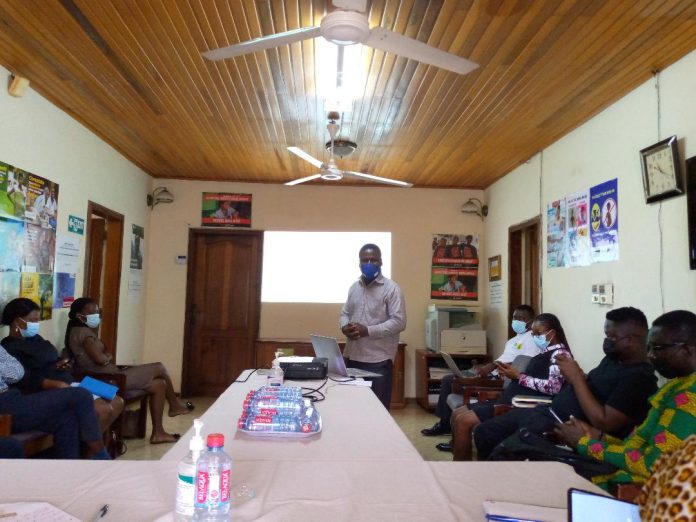 The Alliance for Reproductive Health Rights (ARHR), a health advocacy Non-governmental Organisation, on Tuesday, called on the government to increase tax allocations to goods, services, and capital expenditure items of the next health budget.

It further recommended that the distribution of the Annual Budget Funding Account (ABFA) allocations between health and education be corrected with equitable allocation to health.

The Alliance, however, said if it was impossible to increase the ABFA share to health due to a potential adverse effect on the Free Senior High School (FSHS) policy, the government should consider “ring-fencing the COVID-19 Health Levy for goods and services and capital expenditure in the health sector.”

Mr Leonard Shang-Quartey, the Policy and Advocacy Coordinator, ARHR, who presented the recommendations at a media briefing in Accra, said there must be equity in the distribution of the financial resource allocated to all sectors, particularly health, to improve upon the infrastructure and quality of service provision.

He said some key observations were made after a careful review of the health aspect of the 2021 National Budget Statement and Economic Policy by the Alliance, with steady increment in the Government funding for wages and salaries items of the budget.

Mr Shang-Quartey further said it was also observed that allocations from ABFA for the three years were seen to be fluctuating with a significant increment of about 20 per cent in 2020 from 2019, and a sharp decrease of 44 per cent in 2021 from the previous year.

He said it appeared that the ABFA was being relied on in place of government funding despite its complementary purpose, adding that Internally Generated Funds (IGF), for instance now appeared to be playing a very important role in the provision of goods and services to the health sector with consequences for out-of-pocket spending.

Another key observation by the Alliance, he said, was the fact that expenditure allocation from IGF to goods and services was about seven times of what was allocated to wages and salaries and capital expenditure, saying “there appears to be an unwritten agreement about which source (GOG, ABFA, IGF, Development Partners) should hold the different components of the budget more to the convenience of the Government over the years”.

Mr Shang-Quartey said going by the arguments, the Alliance, had the view that the health allocation of the 2021 budget, was “nothing to write home about,” if the country wanted to achieve the Universal Health Coverage (UHC) and Sustainable Development Goal targets.

He explained that with the present system of national budget distribution where health and education were put into one category under the ABFA with only a 25 per cent allocation, compared to the 70 per cent given to Roads, Rail, and other Critical Infrastructure, expansion of healthcare substructure had continued to suffer since 2019, due to very low resources provided.

The effects of those funding cuts for health infrastructure development eroded the gains made in health care service provision at the local or decentralised levels due to poor setups, and low staff syndrome among other things, Mr Shang-Quartey said.

He said some facilities would also want to use part of their IGFs to offset their capital expenditure, leading to a compromise and undermining of policies such as the National Health Insurance Scheme, and putting an undue financial hardship on their clients.

The ARHR, he stressed “would want to see our tax monies at the forefront of providing health infrastructure as well as goods and services, to be supported with the ABFA rather than the reverse,” the Coordinator stressed.