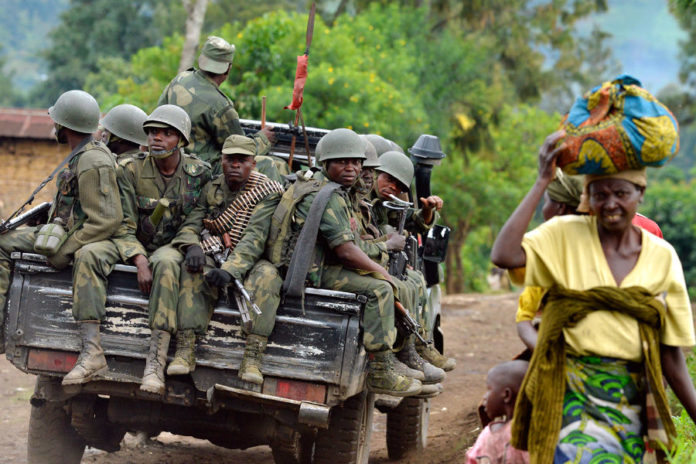 Clashes between government troops and armed groups in the eastern Democratic Republic of the Congo (DRC) have triggered a flow of hundreds of thousands of displaced people, a UN spokesman said on Wednesday.

“Our humanitarian colleagues tell us that, in the eastern province of Ituri, 200,000 people fled their homes in the last month, following large-scale military operations,” said Stephane Dujarric, spokesman for UN Secretary-General Antonio Guterres.

In addition to the clashes, intercommunal violence and land-related conflicts have contributed to the deterioration of the humanitarian situation, he said.

Some humanitarian organizations have suspended operations in parts of the province, and in recent weeks, about 66,000 people have been cut off from aid, he told a virtual press briefing.

“Despite these difficulties, the provision of medical support, food and nonfood items continues in more accessible areas and our humanitarian partners are looking for windows of opportunity to resume their activities, despite chronic underfunding for the response,” he said.

Since the beginning of the year, over 1,300 sexual and gender-based violence cases have been recorded in the DRC, he said. Forty health facilities were destroyed or looted and 80,000 children are out of school due to displacement or school attacks, said the spokesman. Insecurity has severely hindered the humanitarian response.

Also, only 11 percent of the 2.1 billion U.S. dollars requested in the DRC humanitarian response plan has been funded, he said.