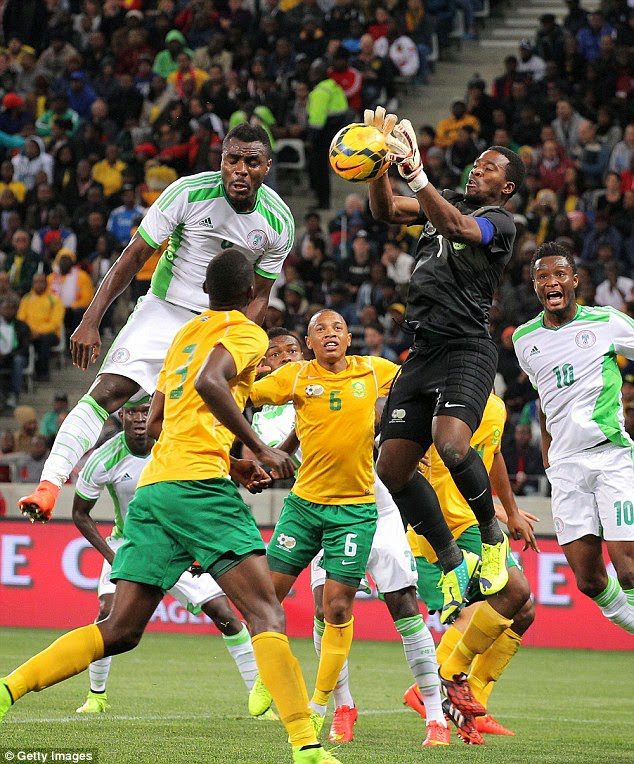 According to DailyMail, Bafana Bafana and Orlando Pirates number one goalkeeper and captain Senzo Meyiwa was shot dead yesterday October 26th at his girlfriend?s house just a few hours after this photo was taken.

According to reports, Meyiwa, 27, who played a match for Orlando Pirates on Saturday night, was at his girlfriend?s house, SA pop star Kelly Khumalo (pictured right), when three men entered the home in Vosloorus, Johannesburg to rob them. Meyiwa ended up getting shot in the chest. He was rushed to the hospital where he was declared dead. No one else in the house was hurt.

Even though he was dating Kelly openly, Meyiwa was married. Until his death he was married to a lady named Mandisa Mkhize and they had two children. He also had a child with Kelly, a baby girl named Aphelele who was born this year.

Sad. May his soul rest in peace.