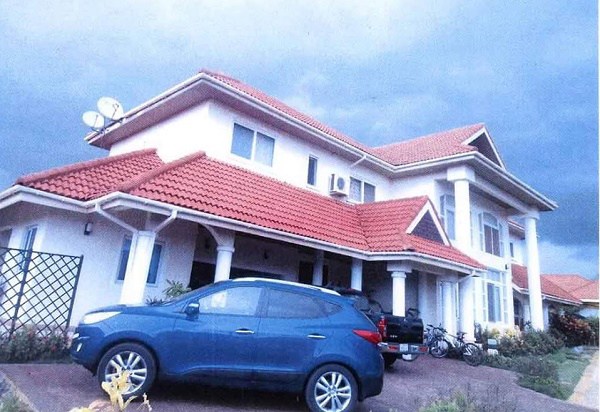 Mr Woyome doubted their legitimacy as the Court is on legal vacation hence there could be no way they had acquired one.

Security operatives including armed soldiers and personnel from the National Security have stormed the Kokomlemle house of embattled businessman, Alfred Abgesi Woyome.

The team entered the house in the company of an official from the Ghana Valuation Board who had been assigned by the Attorney General to value Mr Woyome’s property.

The team also went to his other home at Trassaco Valley in Accra.

The valuation officer had been detailed by the Attorney General as part of processes to help retrieve the GH¢51 million Mr Woyome owes the state.

According to reports, Woyome is said to have objected to the team entering his house, hence asked them to produce relevant documents from the court.

Mr Woyome doubted their legitimacy as the Court is on legal vacation hence there could be no way they had acquired one.

Alfred Woyome was paid GH¢51 million after he claimed that he helped Ghana to raise funds to construct stadia for purposes of hosting the CAN 2008 Nations Cup.

However, an Auditor General’s report released in 2010, said the amount was paid illegally him and subsequently a Supreme Court in 2014 ordered Mr. Woyome to pay back the money after Mr. Martin Amidu challenged the legality of the payments in court.

Some efforts by the Attorney General to retrieve the GH¢51m including selling his property to defray the debt, has proved futile.

EU needs to implement recovery plan to “get through storm”: Commission high-ups