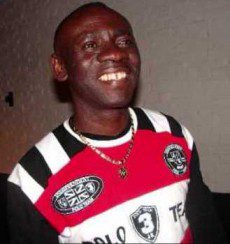 Kumawood star actor, Akwasi Boadu popularly known as Akrobeto, last week Friday said on Pluzz FM?s morning show ?AM Pluzz? that success of his career can never be predicated on social media presence. In an interview with host Sammy Flex, Akrobeto was asked if he was active on social media especially Facebook and his response was in the negative.

?What is Facebook? Is Facebook the key to life? Those who want to do Facebook are doing it and those who are not interested are also doing their own thing. It adds or takes nothing away from my career because that is not what will feed me. Most of my people are on Facebook but I don?t think I will waste my time on that thing,? he said.

When he was told that an advantage of the social media as a celebrity is for his fans to interact with him in and around the whole world, he answered: ?It?s a headache, I am a busy man. Even for the past year, I haven?t stayed in my house for a week. Anyone who needs me for business will surely come to look for me and contact me. When was Facebook introduced? Were we not working successfully without Facebook before it was created?? Akrobeto asked.

?There is a facebook that bears the name Akrobeto. Is it not your page?? he was asked.

?It?s not me. About thousand people are complaining that when they send messages I don?t reply. Someone has created that page in my name and I haven?t given anyone the authority to do so. If it?s illegal you can arrest the person but for me I don?t have my image on it. My life is different,? he replied.

This comes at the back of the fact that most deals for showbiz people in modern times come with condition that the showbizer has strong presence on the internet, particularly the social media.

This was one reason why last year, some local movie actors who won topmost awards in Ghana Movie Awards were declined selection to have been part of actors that were flown to France for the Cannes Film Festival.

Could the absence of celebrities like Akrobeto from social media be attributed to sheer ignorance on their part or a choice to do what they want in life?

Facebook considering reels and other features for younger users