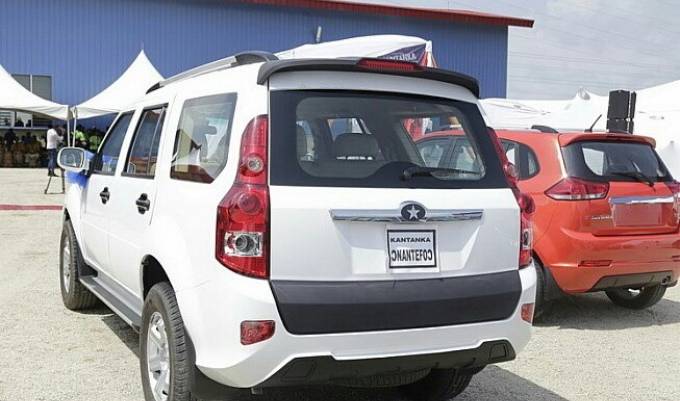 Members of the Ghana National Association of Garages (GNAG) in Takoradi are now enjoying higher patronage for their automobile repair services, thanks to the capacity building support the association received from the Skills Development Fund (SDF).

The mechanics who mostly ply their trade in the heavy industrial area in Takoradi, Western Region have testified that after undergoing skills training in June 2014 with the support of SDF, they have acquired very useful automobile repair skills which are enabling them to service ultra-modern vehicles and increase their incomes.

The Chairman of the association, Mr Joseph O. Sarpong mentioned that for many years, the client-base and incomes of their members were dwindling because their members lacked the relevant technical skills to service the numerous ultra-modern vehicles that visited their shops.

He added that in order to address this capacity gap, the association sought the support of SDF to train 3,065 members nationwide in business management, computerised auto-diagnostic techniques, modern welding technology, occupational health and safety measures and ICT.

He attested that the training enabled the members to be more skilful and efficient in the repair of modern vehicles.

“Prior to the training, members relied on the sound of a vehicle to detect faults, which could last several hours without even guaranteeing results. However, after undergoing training in the use of automotive diagnostic machines, most of our mechanics have now reduced the average time used in detecting faults from about one hour to less than 10 minutes. Also, the newly acquired knowledge on modern fuel injectors have also helped our mechanics to put off the engine first, remove the plugs before working on the faulty injectors”, Mr. Sarpong revealed.
According to the members of the association, the improved skills and efficiency of their members has led to an increase in the average number of vehicles serviced from two per day to seven per day.

The President explained that following the increase in patronage for their services, the average monthly income of their members has increased by about 250 per cent, adding that there has been an increase in revenue from an average of GHS 400 per month to GHS 1500 per month.

But prior to getting capacity building support from SDF, the association had an even greater challenge that was pushing clients away from their businesses-an unfavourable business environment caused by poor sanitation and bad roads.

Business activities at Kokompe were experiencing extremely low sales due to a significant reduction in the number of customers because the stench that welcomed clients who visited the area to fix their vehicles or buy spare parts was so strong and unbearable.

“Indeed members of the association admit that today they are attracting more customers largely because of an improved business environment, resulting from the association’s advocacy action implemented in 2011 with the support of the BUSAC Fund and its development partners, DANIDA, USAID and the EU.

Today, open defecation in Kokompe and the environs of the garages has stopped due to the provision of a place of convenience by the Assembly following the advocacy action embarked upon by the Ghana National Association of Garages (GNAG).

The advocacy by the group made a great impact by bringing members of GNAG and officials of the district assembly together as partners to address the needs of the artisans and practicalising the government’s quest to make the private sector the engine of economic growth.

Now, a tour to the area confirms that the sanitation situation has improved tremendously and business is flourishing at Kokompe, while artisans attest that it is reflecting in their sales. They now have two KVIP facilities located at vantage points to serve artisans and clients.

Mr Joseph O. Sarpong, Chairman of the GNGA, explains that, “For more than a year now the health of our members have improved, and the rate at which they get diseases such as malaria and diarrhoea has reduced. It is making them save money which would have been used to pay for hospital bills.

“Before the intervention, clients used to cover their nose when they visited some places in the area to either buy spare parts or fix their cars,” he noted.

As a measure to monitor members from engaging in the old practice of open defecation, he says the group has set up a voluntary vigilante team adding that anyone found culpable will be punished by the law court.

Another impact of the new partnership between the Association and the local Assembly has resulted in the resurfacing of the 13 kilometre road network in the area and this has eased movement of vehicles, shop expansions and attracted more formal and informal businesses to the area.

Through the advocacy a joint committee made of members of the association and other stakeholders have been set up to see to the maintenance of the resurfaced road. Also a special levy in the light industrial area has been instituted and supported by the Metropolitan Assembly for regular maintenance of the road network in the area.

As a result of the trickling effects of the advocacy action and the capacity building support, many members have embarked on expanding their businesses to recruit more youth. One of such persons is forty-year old Mr. Patrick Atta, a welding technician. With a broad smile, he pointed out that due to the volume of business, he started getting, he has enlisted four more young men to supplement the three apprentices he already had.

“For some time now business has been frequent unlike some years ago when our clients complained bitterly about the bad roads and the sanitation of the area. This has increased my income, I am able to take care of my family’s needs very well and I also have a peace of mind to work,’ he stated.

The single advocacy action supported by the BUSAC Fund and the complementary training support from SDF has helped in forging good partnership, ensuring good sanitation and health, providing and sustaining jobs as well as improving the livelihoods of artisans and their dependents.

These achievements are consistent with the sixth and eighth Sustainable Development Goals (SDGs), which are related to good sanitation, decent work and economic growth.