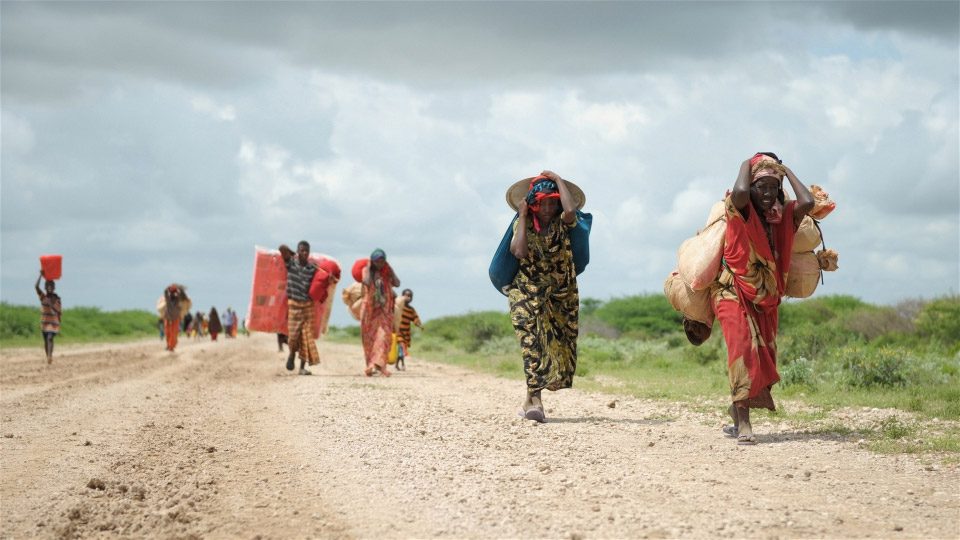 Reliving the country’s memory, much of which erased through years of war, is what the Shik Shik brothers do on a daily basis, taking a leaf from their father who was known to be a creative artist in Somalia for many years.

“We grew up at a time Somalia was undergoing a very volatile moment in its history. War brought down monuments, all works of art running into centuries were destroyed and what remained was just a country’s history reduced into a rubble,” Shik Shik told Xinhua Tuesday.

Many gray areas of history remain among young people in Somalia and those who do not get the chance to hear it from their parents and elders have to live with stories documented in books from writers outside the country. But the Shik Shik brothers say their work aims to bridge this gap.

“We may not put it in words, but the images speak for themselves. What we paint is based on research about our country, much of which we have to get from elders and then reduce into few words through this canvas and paint,” he said.

Through his father’s tutelage and inspiration, he said they took it upon themselves to bring back Somalia’s history through art.

Their works, ranging from painting of a Somalis working in the farm, traders in the market to images of Somalia’s first presidents and army generals, capture different aspects of time and space in Somalia over years.

“My father used to draw with ease and seemed to have really mastered this trade. So from 1996 when I was still young, he taught me how to conceptualize the idea before even picking the brush and canvas,” said the young artist.

Somalis returning to the country after many years in the diaspora,find way to Shik Shik for a painting depicting their country’s history and culture.

With this, Shik Shik and his brothers have been able to make a living, in addition to selling their work to organizations and foreigners visiting the country.

“We make between 30 to 50 U.S. dollars per painting. This has been our sole source of income and we endeavor every day to improve our work to match our client’s need and set standards acceptable at global level,” observed Shik Shik as he displays one of the paintings he had just completed.

Customer Mohamed Sultan is sampling some of the paintings keen on getting something that reflects his country’s life and history.

“My father told me a lot of stories about Somalia while I was abroad, but I really wanted to see some images so that I could get a clear picture. This painting has however brought a closure to my understanding of my country,” said Sultan.

For him, a collection of Somali paintings is a chance worth advancing and protecting the people’s culture and history.

Public and private cultural institutions barely exist in Somalia, so for Shik Shik and other artists, filling the gap in critical.

“There used to be cultural institutions like the national theatre, the national archives and the library, but all were rendered dysfunctional by the conflict. However, we are determined to preserve our history and perhaps when these institutions open they will need some of our work,”added Shik Shik. Enditem

Uganda’s PMI rises to 50.9 in November