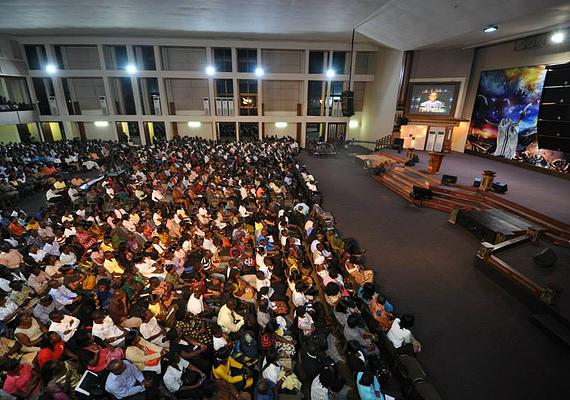 Reverend Dr Anthony Cudjoe, the head pastor of the International Central Gospel Church (ICGC), Sakumono, has charged the Church as the body of Christ to grow, protect and preserve its best and not to join the band-wagon to destroy them.

He explained that the habit whereby members of the society descended on achievers to destroy them must not be condoned by the church.

Rev Cudjoe was speaking on Easter Sunday at the Calvary Temple of the ICGC on the theme “Life worth living”.

“Christians, lately, instead of defending their own, join unbelievers to openly criticise themselves destructively to the extent that even pastors rain abuses on each other.

“This does not speak well of the Church because no other religious bodies would allow its hero to be taken for granted and we should rather defend the good people and not to wait till they were dead before good accounts would be given of them.

The Reverend Minister advised that those assets would be supported as they were the hope of the masses.

“God anoints and endows various people for many to benefit from, so people should not fight or be envious of them.”

He said, Jesus, the “good man” and the hope of the masses was eliminated because He exposed the wrong doings of evil people.

Due to this, everyone that would want to follow Him would not be spared also, adding that since Jesus was killed and He is alive and lives forever, His followers will also live.

He encouraged all to let the resurrection give them hope to pursue God’s purpose for their lives, irrespective of the challenges.