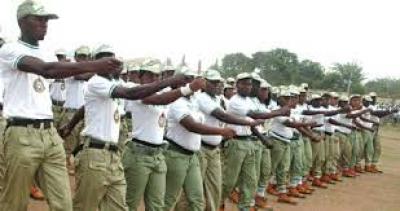 Governor Babangida Aliyu of Niger State has reinterated that security of corps members posted to the state should be given top most priority to enable them complete their service year.

Aliyu made this known on Thursday at the swearing in ceremony of the 2014 batch`C` corps members in Paikoro Local Government of Niger state.

The Governor who was represented by his deputy, Alhaji Ahmed Ibeto, said the state government is committed to providing adequate security and safety of corps members posted to serve in the state.

He admonished corps members to make use of opportunity while in camp to acquire skills that would contribute to national development.

? You are the hope and future of this great country and as such, you are expected to be in te vanguard of promoting national unity, cohesion and national integration.

? As compatriots, you need to see yourselves first as Nigerians, who will always be prepared to make sacrifices for the promotion of our national interest and common good of all citizens, regardless of ethnic or religious difference,? he said.

Aliyu also advised corps members to strive to effect relevant changes in contemporary society so as to ensure the actualization of national dreams.

?You must always remember that you have a major role to play in building of our socio-economic and political development at any level you find yourselves.”

Aliyu further said that the welfare of corps members was the responsibility  the state, stressing the need for corps members to shun any form of behavior contrary to the rules and regulations of the service.

Earlier, Alhaji Saidu Ndako, Chairman NYSC Governing Board and Secretary to the Niger State Government,told corps members to adopt to the new challenges and participate in camp administrative activities.

? You should strive towards promoting the unity among yourselves even with the current security challenge facing the country.”