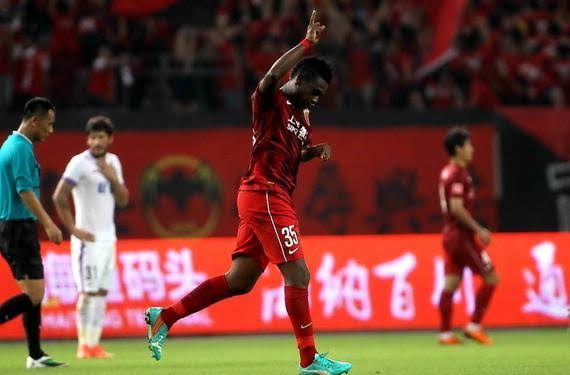 Ghana striker Asamoah Gyan says he is content with the instant impact made upon joining Shanghai SIPG.

The 29-year-old has hit the ground running since signing a reported $350,000 a week contract to join the title-chasing Chinese club.

Gyan, as he is accustomed to, scored on his debut for Shanghai SIPG and has since got a four-goal return in seven league matches.

The former Sunderland hitman is currently out with an injury but says he is satisfied with the impact he?s made so far.

?I have been through different challenges before getting into the Chinese League,? the Black Stars captain told CCTV.

?I remember I scored on my debut when I was with Sunderland. So that is how I used to psyche myself.

?I remember when I was on the bench I just psyched myself that this is another opportunity to showcase myself to the people.

?I think this is a good start and I am very happy because for a striker it is important to start on a good note to build up confidence.?

Gyan will be hoping to return to help Shanghai SIPG in their push to win the Chinese Super League with just three matches to end the season.