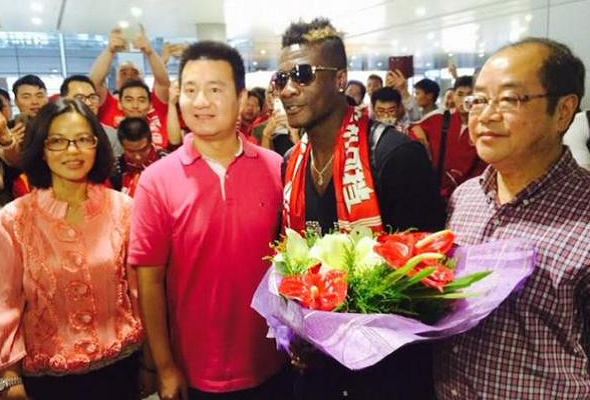 Asamoah ‘BabyJet’ Gyan was warmly welcomed by  numerous supporters of his new side Kayseripor in Turkey.

Hundreds of supporters assembled at Kayseri in central Anatolia to offer a warm reception to the Ghanaian goal poacher.

The elated supporters chanted Gyan’s name for a long while to express their confidence in his arrival.

Gyan on Wednesday, completed his move from Shanghai SIPG to Turkish Top flight side, Kayserispor.

According to an official statement from Kayseripor, Asamoah Gyan has signed a two year deal with an option of additional one year.

Kayserispor would be the fifth European club to have signed Asamoah Gyan after leaving the shores of Ghana.