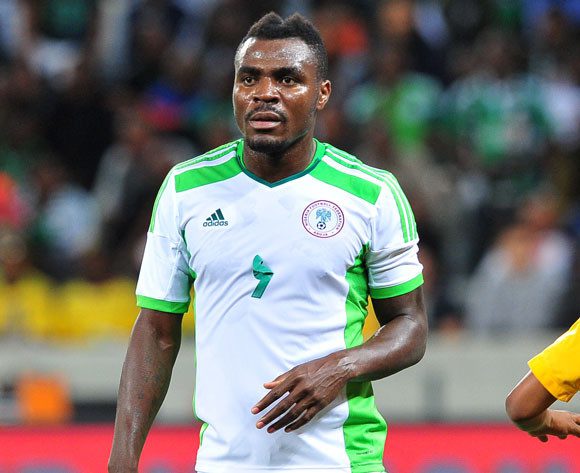 Emmanuel Emenike has shown no fear about the colossal task of replacing superstar striker Asamoah Gyan, vowing to ?light up? Al Ain as he prepares to secure a one-year loan deal.

The Arabian Gulf League champions have settled on the Fenerbahce front man after they reluctantly accepted a ?double the money? ?20 million (Dh81m) bid from Shanghai SIPG for their prized asset.

Gyan is in China putting the finishing touches to the UAE-record transaction, his 28-year-old successor expected to do the same on Thursday.

Emenike will fill the boots of a storied player who scored 95 goals in 83 top-flight appearances and won five pieces of silverware in four years, but this record does not daunt him.

?I am happy to make the move to Al Ain and I believe my legs will prove me right in the UAE,? the Nigeria international told African-Football.com.

?I believe it is the best decision for me, to face a new challenge and as well as to prove I can score goals anywhere I find myself.

?I have not lost anything in my scoring ways. Nothing has changed in me, my scoring ability is very much intact and with time, I will be able to light up the UAE with goals.?

Emenike arrives in the Garden City after a disappointing and troublesome campaign with the Turkish Super Lig runners-up.

He scored just five goals in 34 appearances, regularly being played out of position on the wing and even forcing his own substitution in March after alleged abuse from his own fans.

This is his second spell with Sar? Kanaryalar, having originally joined in May 2011. A match-fixing scandal ? for which he was later cleared ? saw him move to Spartak Moscow just two months later, netting 21 times in 42 Russian Premier League appearances before his return to Istanbul for ?13m (Dh52.9m) in August 2013.

His exit has been eased by Fenerbahce?s impending capture of Manchester United striker Robin van Persie.

Emenike has 16 goals in 35 international appearances since making his Super Eagles debut four years ago. He was joint-top scorer with four as his country lifted the 2013 Africa Cup of Nations, starting all four of Nigeria?s matches at World Cup 2014 without scoring.

Al Ain are yet to officially confirm the move for the Delta Force youth product, though board member Mohammed bin Bdoua has vowed Gyan?s replacement will be from the top drawer. He said: ?The only thing I?m certain about is that Gyan?s alternative will be a great player who will have just as much quality. We?re always confident in whomever we choose.?

Netherlands winger Ryan Babel has already been brought in from Turkey?s Kasimpasa on a two-year deal and Brazilian central midfielder Felipe Bastos has arrived in the UAE to put the final touches to his move from Vasco Da Gama.