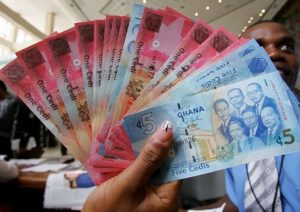 Mr. Francis Opuni Sekyere, the Board Chairman, who announced this said total assets hit GHȼ41.06 million during the period.

Compared with that of the previous year’s GHȼ35.7 million, this was a 14.9 per cent rise.

Addressing the 30th annual general meeting of the shareholders’ at Juansa in the Asante-Akim North District, he put total deposits mobilized at GHȼ31.31 million as against GH?27.37 million in 2015.

Mr. Sekyere indicated that the bank could have done even better but for the unfavourable business environment – economic conditions of the year under review.

Mr. Sekyere asked customers granted loans to make sure that they paid back to enable others to benefit.

He gave the assurance that the board and management would continue to take steps to strengthen internal controls to protect the customers’ money.

Mr. Attah Gyamfi, General Manager of the Bank, appealed to government to take a second look at the 25 per cent corporate tax imposed on rural banks, saying it was hurting their operations.

He said the rural banks were significantly contributing not only to the growth of rural economies but the national economy and that was why they should be supported to thrive.