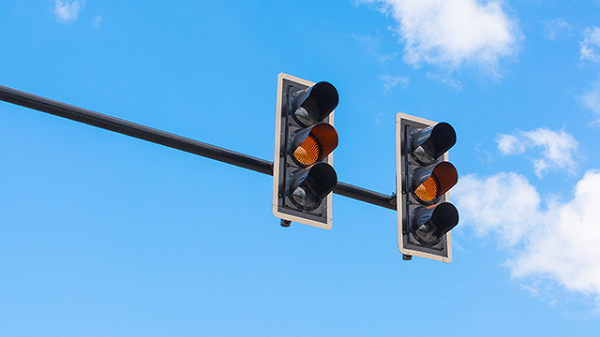 Mr Kwaku Ampratwum Sarpong, the Member of Parliament (MP) for Asante-Mampong, has provided a GH?180,000.00 solar-powered street lights in the Asante- Mampong Township.

Funded through his MP’s Commom Fund, the street light, the first in the Municipal capital, was hailed by the people as timely to help control the orderly flow of vehicular traffic and ensure sanity as well as discipline on the roads.

The gesture has also been widely welcomed as a feather in the cup of the Akufo-Addo-led government.

Commissioning the facility at a colourful durbar of chiefs and people in the Municipality, the MP said the provision of the facility would go into the annals of the political history of the Country as a remarkable success of the National patriotic party (NPP).

“It is the first among successive governments to provide the first traffic light to the Municipal capital, a location which occupies no mean a traditional status in the Asante Kingdom, but has been without traffic lights”.

Mr. Ampratwum hinted natives of the town who reside abroad, were also mobilizing resources to fund the procurement of traffic lights for other parts of the Municipality.

He said in year 2020, the Municipality will see massive infrastructure development.

These include the renovation of 30 schools, provision of 1,500 pieces of furniture to all schools in the Mampong Municipality, to boost effective education delivery.

In addition, toilet facilities would be constructed for 10 schools, 10 communities within the constituency, whiles the Amaniampong Senior High School dining hall, would also be innovated and expanded.

The Amaniampong SHS, will also through his benevolence be provided with an Astro turf field in 2020.

He charged Mr Thomas Appiah Kubi, the Municipal Chief Executive (MCE) of Mampong Municipality and the Motor Traffic Division (MTTD) Unit of the Ghana Police Service, to ensure the proper functioning and maintenance of the traffic lights.

The MCE commended the MP for bringing such development projects to Mampong and promised to cooperate with him to do more for the Constituency.

Chief Superintendent David Kwaku Amoako, the MTTD Commander of Mampong Municipality, promised to organize four-week training session for all the vehicular unions in the constituency.

He however, cautioned politicians and traditional authorities to desist from interfering in their work in the case recalcitrant drivers are arrested for breaking road traffic regulations.

Daasebere Osei Bonsu 11, the Mamponghene, advised drivers and pedestrians to adhere to road traffic regulations so as to curtail avoidable accidents.