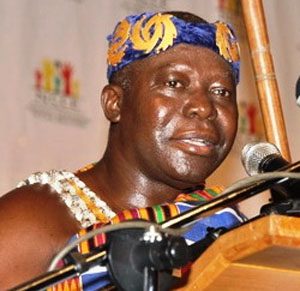 Some Ashanti chiefs have lately come under intense scrutiny and castigations by their own subjects. Many an Ashanti has come to the conclusion that the current crop of chiefs is too clever to be good. In being overly clever, they leave trails that are more than enough to conclusively prove their total ignorance and how simply base some are. A few days ago, Kumasi Bremmanhene was taken to the cleaners for behaving utterly irresponsibly. He praised President Mahama for executing development projects at Bremman which projects, are indeed non-existent. How can a chief lie to that extent to the detriment of his subjects if indeed, he was not completely out of his mind?

What about their Overlord himself? Could he not be worse, I should think? He has persistently been pursuing an absolutely selfish and myopic agenda that borders on criminality, but so far, with impunity. Look at the following true case scenario. About five years ago, he contacted a highly educated member of the Kumawu Ankaase “royal” family, then a friend of mine, through one of his agents. He inquired from him, thus, “Do you have any documentary demarcation of the Kumawu Afram Plains lands?” When he answered in the affirmative, that agent decided to come for it upon request by the Overlord. Their aim as disclosed was to sell off a chunk of the land to some Whites from the Scandinavians.

The Ankaase family member, educated and principled he is, suggested to the agent to convey to the attention of the Overlord the following – “I prefer the sons and daughters of Kumawuman to work on the land and then pay royalties to the Traditional Council to selling the land to some Whites or a foreign company. I do not want what is happening to the White farmers in Zimbabwe to happen to the Whites Asantehene intends to sell the land to”. Having expressed his candid opinion as indicated, Asantehene and his agent could not approach him on the subject anymore even though they had decided to come for the plan on a Tuesday immediately following their telephone conversation held on a Monday.

What then became the next line of action to take by this supposedly clever but totally a criminal to some extent? He secretly arranged a private land surveyor to map out the Kumawu Afram Plains lands. When it was found out, he said he just wanted to know the size of the land, and then divide it among Kumawuhene, Agogohene and Kwamanghene because the three chiefs fought the Ataale Finam war together. A publication was placed on the internet querying the sanity of his intentions. When was the authority to survey and partition Kumawu lands bestowed on him and by whom?

Having secretly colluded with Agogohene to sell the land to some foreign company, it turned out that he had absolutely no power to involve in such a heinous criminal act directed at robbing Kumawuman in a broad daylight. A court action to deter him from not only trespassing Kumawu stool lands but also, disposing of them illegally, was instituted against the company by one Mr Osei Kofi and Co.

Since then, the Overlord has been employing further illegal methods, conniving with other Asanteman chiefs to twist the history of Kumawuman in the hope of availing himself of the wealth of the locality. He is having a laugh if he considers involving in blatant nefarious activities is clever.

I have comprehensively written about his ill-intentions towards the inhabitants of Kumawuman; how slyly and manipulatively he has been exploiting his relationship with Kumawuhemaa to his egoistic advantage. He thinks by bending history in favour of the queen, as relentlessly as he is doing, he will not only have the one million acres of land he illegally attempted to sell to the Whites formally ratified, but also, be given one-half of Kumawuman?s money sitting in a dormant account with the Bank of Ghana. Once again, my former fellow Londoner who doubles as a former “Torontonian” is having a laugh!

The Whites to whom he stealthily arranged to sell the land are in Ghana but cannot openly work on the land. This explains his unflinching determination to ensure the enstoolment of the queen?s candidate to pave the way for him to deprive Kumawuman of their one million acres of stool land. It is only a crook that can do what he is doing. However, he will encounter an impregnable stumbling block in the person of Rockson Adofo who wields the armour and weapon of truth to subdue him.

The more he is exposed and proven unintelligent, the more he gets mired in the pursuit of his heartless desires. When his subjects are dying from otherwise preventable diseases, such deaths likely caused by the NHIS Capitation in place only in the Ashanti region, he cares not but loves to see his “gyimi na me ne wo ngoro” friendship with the President cemented. This is how clever some Ashanti chiefs are, I should think.

As long as he is resolutely determined to mess with Kumawuman, I am more than ready to expose his perceived or purported evil-doings for public discussion and formation of informed opinions about him and why I passionately take him to the cleaners.