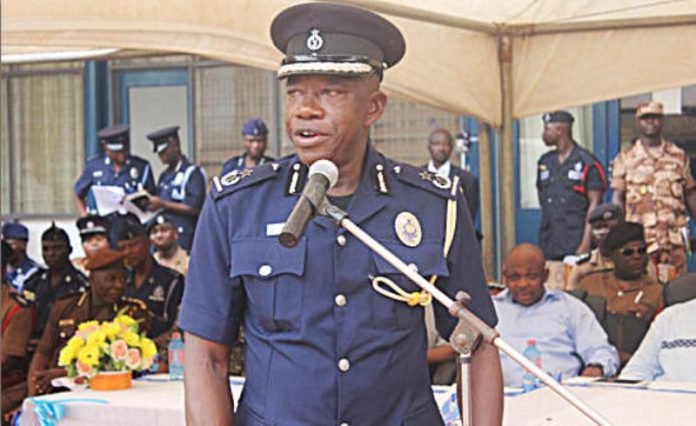 The Ashanti Regional Anti Robbery Unit has arrested six (6) suspects believed to have swindled a British National of an unspecified amount of pound Sterling. A blue black Toyota Corolla with registration number AS 3287-16 belonging to Akwasi Kyeremateng has also been impounded.

A statement signed by the Public Relations Officer of the regional police command, ASP Yaw Nketiah Yeboah, stated that“On Wednesday 26th April, 2017 at about 10:00pm the Unit received a call from a worker at the Golden Tulip Hotel Kumasi that a guest by name Peter Cane had confided in her that he visited Ghana at the request of a lady friend only known as ‘Lovely’ on Facebook.”

“When he arrived at the Kotoka International Airport for the visit, two gentlemen approached him and said the lady friend whom he was coming to visit had sent them to pick him up from the Airport to Kumasi.” The statement added.

It said they then asked him to “surrender all monies he had on him for safe keeping since it was not sage for him to handle money at that time.” which he “unsuspectingly handed over an unspecified amount of pound Sterling on him to them.”
The statement also indicated that the alleged victim was however given some amount of “Three Hundred and Fifty Ghana Cedis (Ghc350.00)” by the two for his upkeep and absconded after wards.

According to the police, the supposed girlfriend later called him and he told her the ordeal he went through but she asked him to board a local flight to Kumasi and check in at Golden Tulip Hotel which he did.

At the Hotel two different gentlemen visited him and informed him (Peter Cane) that their sister being the supposed girlfriend was taking her bath and that she would be joining him soon.

Then then left the hotel and never returned, until in the evening when the suspects and the supposed girlfriend visited him.
Meanwhile, there were two other men who had earlier on in the day visited him to enquire about him as such informing her to contact the police for necessary assistance.

The Police is still investigating the matter.