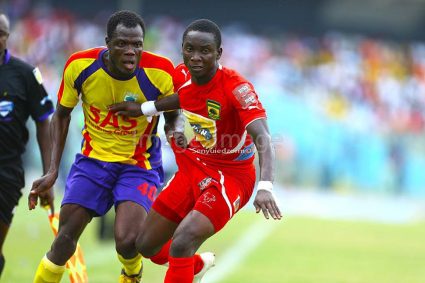 Ashantigold will launch an audacious bid for Kotoko striker Dauda Mohammed as they seek to fortify their squad ahead of the CAF Champions League next season, according to reports in Ghana.

The miners want to strengthen their squad ahead of their return to Africa?s elite inter-club competition.

They are in hunt for a new striker following the departure of Yakubu Mohammed and Dauda appears to fit the bill.

The Obuasi-based side will test the resolve of the Porcupine Warriors by slapping in a mouth-watering offer for the talented striker.

Dauda bagged only four goals for the dethroned champions but provided several assists as the side avoided relegation on the final day of the season.