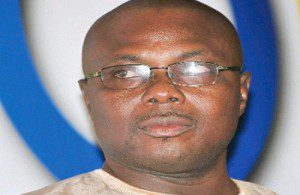 Ghana’s Premier League Board chief Ashford Tetteh Oku has lashed out clubs for leaking the league fixtures ahead of it publication.

Clubs were gagged from releasing the fixtures to the media pending the ratification by the Executive Committee of the FA.

But club officials threw caution into the wind and leaked the fixtures to the media – a situation which has angered the Premier League boss.

“I’m not aware of the leakage of the fixtures but if indeed it has been leaked, then it is very very unfortunate”, He told Acra-based Atinka FM

“We had finished generating the fictures and were only waiting for approval from the Executive Committee members so when such things happen, you cannot blame anyone than the club representative.”

The leakage of documents to the media is prevalent at the FA with several attempts to curb it proving futile.