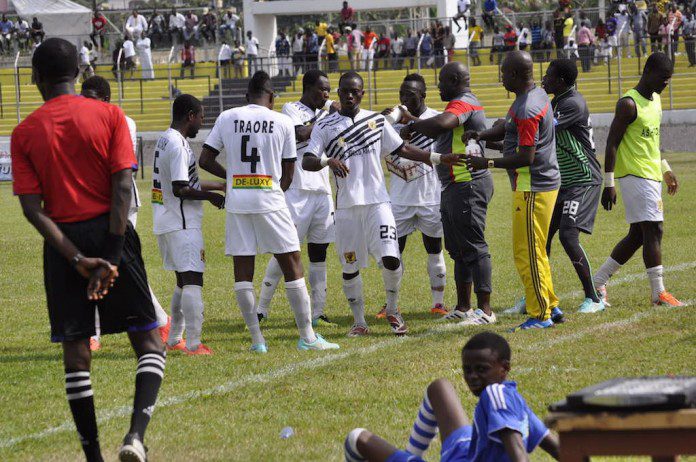 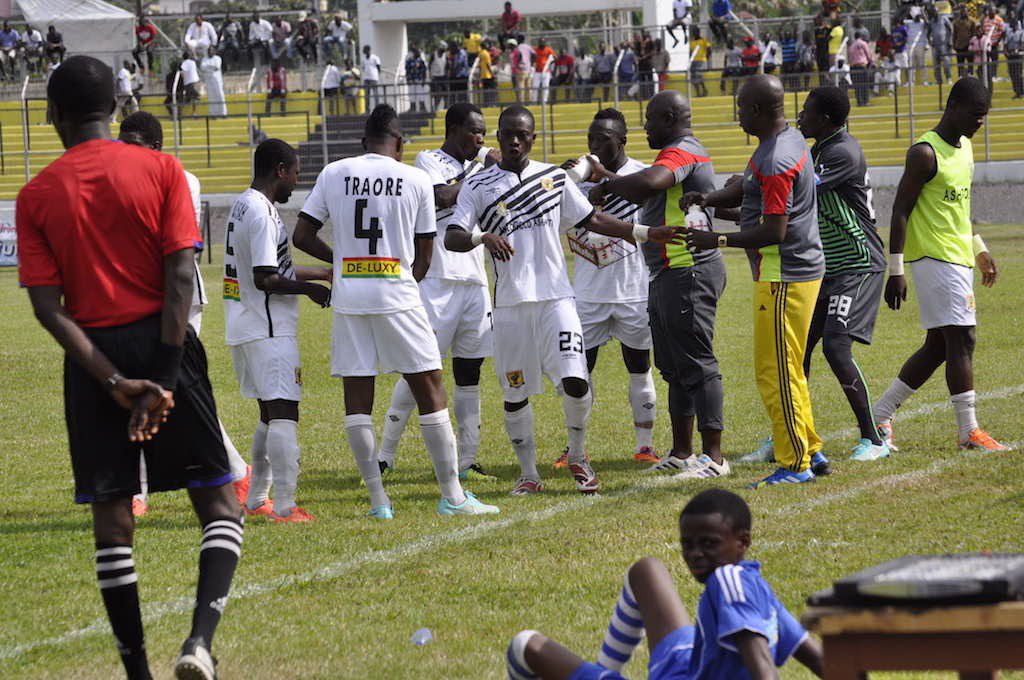 AshantiGold played out an uninspiring 0-0 draw with Berekum Chelsea in the FirsTrust G6 opener at the Sekondi Stadium on Thursday.

It was a game of missed opportunities with the league champions squandering plenitude of chances.

Maybe what could have accounted for the barren score line was the inability of AshGold’s new signings to sparkle.

Berekum Chelsea were more physical and committed a lot of foul especially around their goal area but AshantiGold could not punish them- free kicks were unrepentantly squandered.

On 20 minutes, new signing Isaac Amoah disappointingly skied one close to the box after savage tackle on Nuhu Fuseini.

Three minutes later, AshGold were controversially denied a penalty after Emmanuel Osei Baffour was stripped inside the box by Charles Appiah who was later withdrawn for Asiwome Fumador.

Credit must go to Chelsea goalkeeper Tijani Ahmed who pulled two saves to deny AshantiGold- first, he palmed away Augustine Sefa’s effort after the right back cut in and hit the bar line.

Then, captain Erick Opoku dinked in the rebound but Ahmed was up to the task with a save.

Before the first half ended, Saddick Adams unleashed a thunderbolt of a free kick, a trademark effort, which came off the side post.

The festival of misses started in the 55th minute when Joshua Tijani released Emmanuel Osei Baffour but the skillful wide man shockingly ballooned his effort.

Baffour was on the lips of fans when he failed to convert from close range.

Just after the hour mark, Osei was set up from 12 yards by Mumuni but he shot across the face of goal.

Then it was the turn of Isaac Amoah, another new signing to try his luck but his long-range effort was coolly dealt with by goalkeeper Ahmed.

Five minutes from time, Adams was a shoe-size late in connecting home an in swinging cross from Safianu Awudu, named Man of the Match.

On the 90th minute mark, AshGold pulled off a great save to parry Collins Ameyew’s glancing header from inside the box.