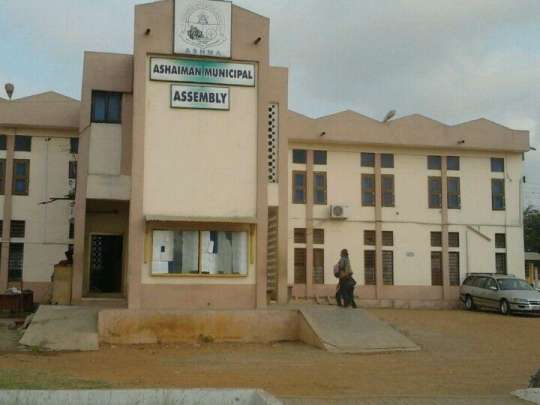 The Ashaiman Municipal Assembly (ASHMA) has rendered an account for its stewardship to residents during its maiden” meet the press” section in Ashaiman.

The press engagement was in fulfillment of central government directive issued to all Metropolitan, Municipal and District Assemblies (MMDAs) to account for their stewardship to the people.

In a power point presentation, Mr. Collins Ohene Gyan, Ashaiman Municipal planning officer, presented to the audience projects that the Municipal assembly had embarked on over the years.

The Municipal Planning Officer noted that though the Municipal Assembly was faced with some financial challenges, it managed to execute important developmental projects.

He explained that, the Assembly had made some significant strides as far as socio –economic development which included security, education, health, and job creation was concerned.

Mr. Gyan added that, ASHMA had a vision to make the Municipality a 24 hour liveable city and so adequate measures were put in place to address all security related issues saying crimes had reduced drastically within the Municipality.

“Everyone can go about their daily errands without fears as used to be in years past, “ he noted.

He noted that such media engagements would help inform the citizens about government policies and programmes with call on the citizens to participate fully in governance at the local level.