(dpa/AFX) – Asian shares ended mixed on Thursday as fears of a fresh U.S.-China tussle as well as renewed concerns over the surge in coronavirus cases in the region offset stellar earnings from US banks against the backdrop of an improving economy.

Chinese and Hong Kong shares fell after a Chinese diplomat indirectly warned the US over strong linkages and interference over Hong Kong issues.

Also, Taiwan President Tsai Ing-wen told a visiting delegation of former senior US officials that the island would work with the United States to deter ‘adventurous manoeuvres and provocations’ amid threats from Chinese military activities.

Japanese shares ended on a flat note after Bank of Japan Governor Haruhiko Kuroda warned the economic recovery was likely to be modest due to uncertainty over the coronavirus pandemic. Japan on Wednesday reported more than 4,000 new cases as the highly contagious variants drive a fourth wave of infections.

The Nikkei average ended marginally higher at 29,642.69 while the broader Topix index closed 0.36 per cent higher at 1,959.13. While banks and shippers led gainers, tech shares lost ground. Advantest gave up 2.6 per cent and Tokyo Electron dropped 1.9 per cent.

The Australian economy added 70,700 jobs last month – far surpassing forecasts for the addition of 35,000 jobs, official data showed. The jobless rate dropped to 5.6 per cent from 5.8 per cent in February.

Seoul stocks finished modesty higher after the Bank of Korea kept its benchmark lending rate unchanged at the record low 0.50 per cent – in line with expectations.

The benchmark Kospi edged up 11.95 points, or 0.38 per cent, to 3,194.33, extending gains for the fourth straight session as Bank of Korea Governor Lee Ju Yeol said the economy will still expand faster than previously expected despite an uptick in coronavirus infections.

Mobile messenger operator Kakao soared 8 per cent in its first trading after it split its shares fivefold.

New Zealand shares fell sharply, with the benchmark NZX-50 index ending down 114.83 points, or 0.90 per cent, at 12,636.55. Meridian Energy shed 0.8 per cent and Contact Energy lost 1.5 per cent ahead of an expected sell down of their shares on Friday by overseas exchange traded funds.

US stocks ended mixed overnight as a drop in cryptocurrency exchange Coinbase Global Inc offset mostly positive earnings from the likes of Goldman Sachs, Wells Fargo and JPMorgan Chase on the first day of the earnings season.

Meanwhile, Fed Chair Jerome Powell said the central bank would likely taper asset purchases well before raising interest rates. The tech-heavy Nasdaq Composite fell 1 per cent and the S&P 500 shed 0.4 per cent while the Dow edged up 0.2 per cent. 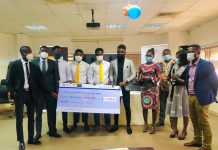