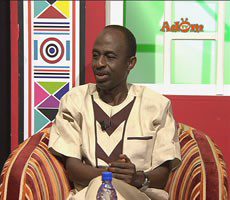 General Secretary for the National Democratic Congress Party (NDC) Johnson Aseidu Nkatia has condemned the decision to ban the exportation of cashew nut from the country.

According to him, the decision to ban the export was not sanctioned by the Mahama-led government.

The minister has received a wave of bashing from both the majority and minority legislators in Parliament for the directive.

But Asiedu Nkeita while addressing a durbar of chiefs and people at the Suma Akwatu kese festival at the Jaman North in the Brong Ahafo Region Saturday maintained that the ban is not a government policy.

He indicated that the decision was taken solely by the Trade Minister; Ekow Spio-Garbrah hence should be blamed for the gaffe.

General Mosquito is he is popularly called could not fathom why Trade Minister, Dr. Spio-Garbrah will take such a sensitive decision with consulting Parliament.

He stressed the people-centre party like the NDC will not introduce any law that will negatively affect the livelihood of the people.

General Mosquito promised massive infrastructure projects if the Mahama-led government is given another term in office ahead of the crucial elections.