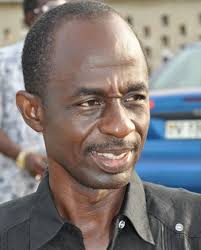 Speaking to the press at Parliament House in Accra, Mr Asiedu Nketia noted that the President sounded reconciliatory in his SoNA.

“He has accepted it for the first time that the nation’s economy was in serious crisis. And that the people in the nation should come together to help resolve the situation.” Mr Asiedu Nketia said.

He reiterated that it was refreshing the President acknowledged both the opposition NDC and the ruling New Patriotic Party (NPP) for contributing to national development.

Mr Asiedu Nketia also criticized the President for saying that the Government’s flagship programme, Planting for Food and Jobs was performing well.

The General Secretary said if the Planting for Food and Jobs initiative was doing well, Ghana would not be importing cassava.

He also criticized the Government for not doing much in roads construction.