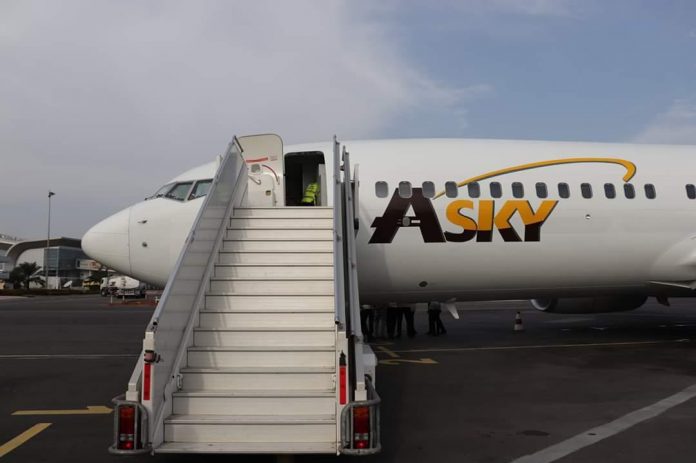 The Management of the Pan-African airline, ASKY, has taken delivery of a Boeing 737-800 aircraft at the Lomé Airport (Hub) in the presence of company officials.

The statement from the Airline said the new aircraft had a capacity of 154 seats and registered as ET-AXI.

It would be operated to the major markets in their network with significant reduction in flight time within the entire ASKY network.

“The introduction of this larger capacity aircraft would strengthen the airline’s network by offering more capacity, more frequencies and improve connectivity to Ndjamena (Chad), Bangui (Central Africa Republic) and Kinshasa (Democratic Republic of Congo),” it said.

The aircraft has been configured in two classes with 16 Business Class seats and 138 Economy Class seats.