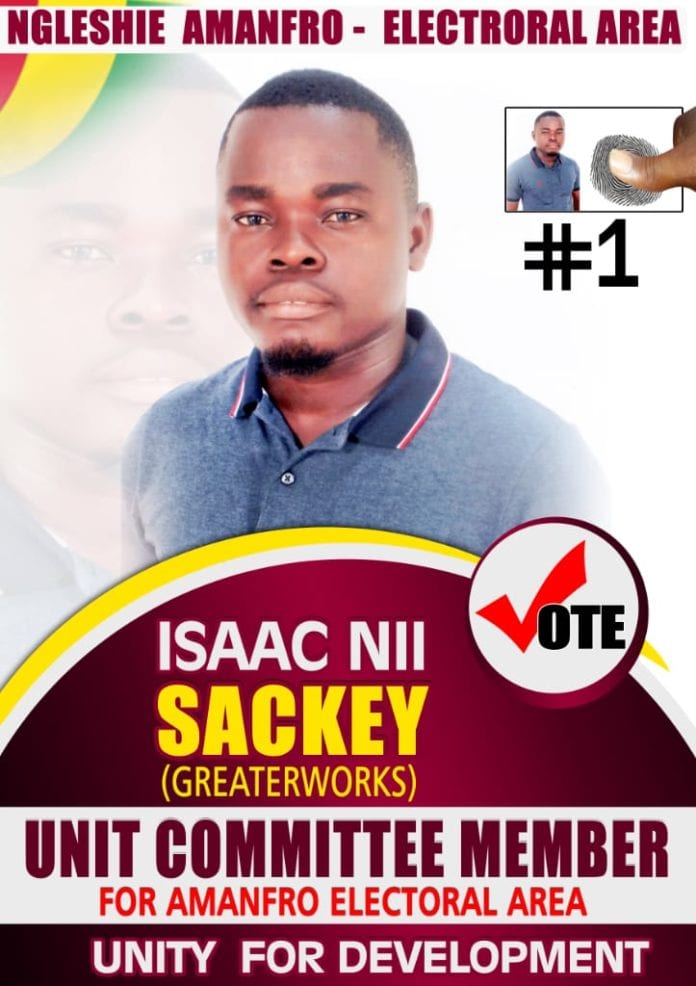 The Unit Committee Member for Ngleshie Amanfo -Electoral Area Mr. Isaac Sackey, has stated unequivocally that when given the nod, he will work assiduously together with city authorities to address the challenges hampering the development in the Area.

In an exclusive interview with Area Mr. Isaac Sackey[aka Greatworks] he thanked the people for having confidence in him. As they chose him to contest the assembly race. According to him, when given the nod, he will construct a drainage facility to curtail flooding in the area.

Adding that, he will also put robust measures in place to clamp-down on robbery and other petty crimes threatening the people in the area.

Mr. Isaac Sackey expressed worry about the deplorable nature of roads and therefore promised to construct all linking roads in Ngleshie Amanfo in order to make them motorable.

He also pledged to improve the sanitation condition in the community by instituting sanitation programs that will help eradicate cholera.

According to him, he is optimistic of winning the election to support efforts by city authorities in upgrading the community.