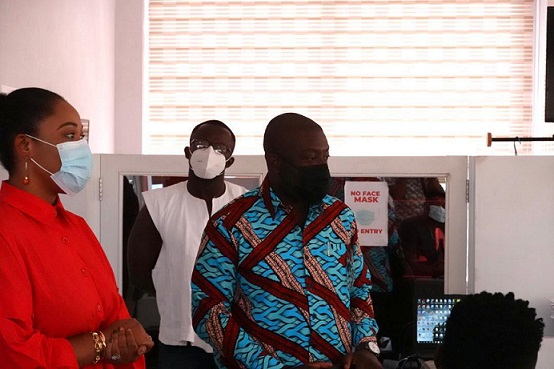 Government recently commissioned a new secretariat to receive and validate complaints of attacks on media practitioners in Ghana and advocate their rights and freedoms.

The Secretariat, known as: the National Coordinated Mechanism on the Safety of Journalists, is a centre for media practitioners to report issues of intimidation and harassments in their line of duty for investigation.

Mr Caleb Kudah was arrested on the premises of the Ministry of National Security on Tuesday, May 11, 2021, for filming within the precincts of the security installation.

He said he was assaulted by some operatives of the National Security without any provocation.

The National Security operatives detected that Mr Kudah had transferred the video he took to his colleague, Ms Zoe Abu Baidoo.

The Information Minister, in a media interview in Accra on Friday, said an investigation had been instituted by the Ministry of National Security into the allegation.

If the investigation proved that the perpetrators infringed on the work ethics and professional standards of their duties, they would be sanctioned accordingly, he said.

He said while the National Security Ministry was doing its internal investigation it was imperative for the NMC to also conduct its own independent investigation to get to the root of the case.

Mr Oppong Nkrumah also visited Citi FM to commiserate with Management and the journalists involved and urged them to make formal complaint to the new Media Secretariat.

He said government had been strengthening the constitutionally set-up institutions, including the NMC, to preserve the rights and freedoms of the media to promote good governance.

He gave the assurance that government would make the findings public and would not shield anyone found culpable.

Some civil society organisations have condemned the alleged assault on Mr Kudah, saying government is using the security agencies to intimidate the media from doing their work independently.