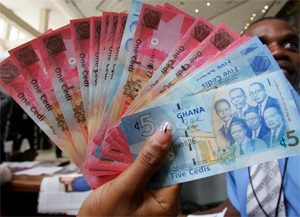 She, therefore, entreated them to work extra hard and collaborate with their respective Metropolitan, Municipal, or District Assemblies (MMDAs) in order to mobilise sufficient revenue towards having enough for their remuneration. She noted that some assemblies raised less than GHc5, 000 per year, and because the ex-gratia was calculated on a percentage of the IGF, it would affect the amount paid to each assembly member at the end of their mandate.

She said the Association was working closely with the Ministry of Local Government and Rural Development to procure motorbikes for assembly members to ensure easy mobility to meet their constituents.

She said NALAG, which was the recognised as the mouthpiece for assembly members, presiding members and chief executives, would continue to pursue issues concerning their welfare and remunerations.

Madam Lartey said the Association would work closely with the Government and other relevant stakeholders – both locally and internationally – to ensure the formulation of laws and policies that would enhance their work.

The conference, the ninth in the series, afforded members of the Association, which comprised the 22 Metropolitan, Municipal and District Chief Executives, presiding members, and assembly members, to elect representatives to for the National Executive Council (NEC).
Alhaji Mohammed Doku, the President of NALAG, in a speech read on his behalf, said NALAG had established a database of all the 216 MMDAs in the country to enhance the management and visibility of the Association.

He said it was also developing a strategic business plan for the Association in order to make it attractive to donor partners, adding that, it had already established three regional secretariats in the Volta, Northern, and Greater Accra Regions to improve on its visibility.

The delegates elected Alhaji Azure Sulemana, the Presiding Member for Amenfi West District Assembly, as the Regional NALAG representative to the National Executive Council, after defeating three other candidates in a fiercely contested election.