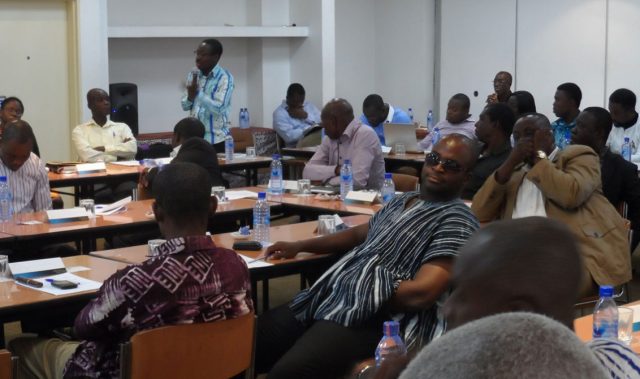 Dr Eric Oduro Osae, a local governance expert has urged Metropolitan Municipal and District Assemblies (MMDAs) to hold town hall meetings at the communities to open up to criticism and transparency and not at the assembly halls.

He said once such meetings, meant to give the public the opportunity to ask questions and contribute to the developments of their respective jurisdiction was held at the assembly hall, it restricted attendance.

Dr Oduro Osae therefore called on assembly members to ensure that such meetings were held in the communities to enable the electorates to attend in their numbers, adding that, this would help the assembly members to share ideas and information with their people.

Speaking at a training programme for over 200 assembly members of the newly created municipalities and districts in the Eastern region, he said, assembly members had a role to play in the decentralization system and therefore urged them to “step up their game”.

He charged assembly members to take revenue generation seriously and also lobby for small contracts for artisans in their respective areas so that they can also be taxed for development.

Ms Gladys Gillian Tetteh of the CLGA said the training was to build their capacities in the operations of the assembly on the new Acts and emerging trends in the local governance act to enable them to function well.