The Wassa East District Assembly has initiated some programmes and policies in the 2018 to 2021 Medium term development Plan to propel the socio-economic growth and development of the district. 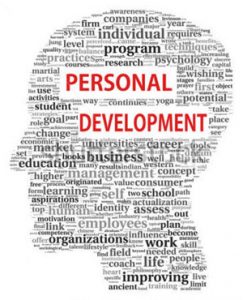 Ms Estherine Mensah, the District Planning Officer said under the plan, the assembly would be required to raise more than GHC38 million before the development interventions could be realized.

She said government was expected to transfer more than GHC18 million, whiles the Assembly is also expected to internally generate GHC 2 million and Donor support of over 17 million.

This was made known at a public hearing on the draft development strategies, which brought together traditional authorities, government and non-governmental agencies, assembly members, the Member of Parliament, the District Chief Executive and the Assembly staff who pledged their commitment to ensure that the interventions were achieved.

Ms. Mensah said the assembly within the four year plan, is expected to train 400 SMEs in management skills, equip ten local businesses with tools, facilitate the establishment of industrial sites at Atieku, Daboase and Atobiase, establish three skills training centres and facilitate the implementation of the one District, one factory initiative through Gari, starch, palm oil, coconut and shower gel.

Under education, the district would construct school blocks, facilitate the establishment of additional senior high school in the area, supply teaching and learning materials, build capacity of teachers, expansion of the school feeding programmes among others.

The District Planning Officer said the district’s goal was to create wealth through enhanced access to basic socio-economic services.

According to her, the district had put in place some measures to help people with disabilities, enhance early childhood education, improve water, sanitation and hygiene , streetlights and electricity, road rehabilitation, disaster management , documentation and compensation on assembly’s lands, street naming, provision of police station, expansion of fire stations, capacity building for assembly members and support for community initiated projects.

The development plan is to help to chart the growth and development of the district with the support of stakeholders in accordance with section 1 (2 to 4) of the National Development Planning system Act.

Mr Wilson Arthur, the district Chief Executive of the Wassa East said the plan was not only based on needs assessment but community and stakeholders adding, “It is a strategic document to turn the fortunes of the district around.

He said the role of traditional leaders in the execution of the plan was therefore imperative to ensure sustainable development.

Mr Arthur called on all stakeholders to honour their tax obligation in terms of tax to increase revenue collection.
GNA/Newsgahana.com.gh