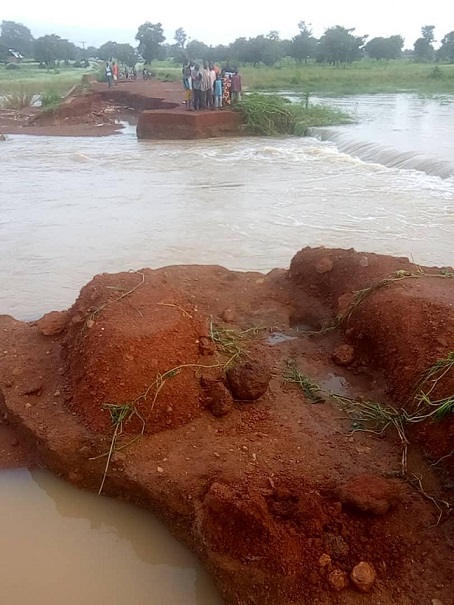 Mr Nuhu Abdul-Wahab, the Assembly Member for the Zingu Electoral Area in the Wa Municipality, has appealed to benevolent individuals and organisations to support to construct a bridge across a river in the area.

He said the river, linked to the Black Volta, cuts the electoral area as well as some communities from Wa, where they accessed market and other basic social and healthcare services.

Mr Abdul-Wahab, who made the appeal in an interview with the Ghana News Agency (GNA) at Zingu, expressed fear that the situation could be worsened as the rains set in if nothing was done to fix the bridge.

He said they were able to secure some culverts from Mr Alhaji Alhassn Gbangu, a contractor based in Accra, and that they needed additional culverts and some bags of cement to enable them fix the bridge to help alleviate the plight of the people.

The Assembly Member indicated that anytime it rained traders and other people had to trek about 20 kilometers through Cheree community before they could get to Wa to conduct businesses, which had posed a serious challenge to their economic and social lives.

“It was in September last year that a heavy rain came and broke the bridge. Because of that the people have to pass through Cheree before getting to Wa, which is about 20 kilometres instead of using just about five kilometres to get there”.

“This affects economic livelihood because they used to carry charcoal, leaves and other things from their farms to Wa to sell”, Mr Abdul-Wahab explained.

He said several promises from the Wa Municipal Assembly and the Department of Feeder Roads to fix the bridge were yet to be fulfilled.

Mr Abdul-Wahab said he had to lead a communal labour on regular basis to carry stones and fill a portion of the river to enable them cross.

“We filled that area with stones, but the stones were carried away by a recent heavy rain.
“On Saturday I bought these sand bags so that we can fill them with sand and keep on the edges of the road for temporal usage. We are in this pathetic situation and we need help”, Mr Abdul-Wahab said.

AC Milan on brink of Serie A title