Mr Isaac Adjei Mensah, the Member of Parliament for Wassa East, has called on assembly members in his constituency to move away from the political campaign era and forge ahead with the development of the district in mind. 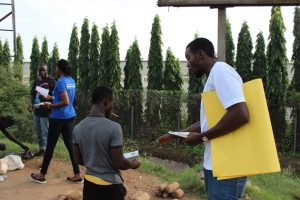 “Political campaigns are over now, let us be real, do away with partisan politics and pull your resources and expertise for the advancement of Wassa East District which is our own”.

Speaking with the members during the third assembly meeting at Daboase , Mr Mensah said he was ready to work with the district chief executive though they are of different political orientations.

He said “I am an MP for all the people of Wassa East and the development and welfare of the district should be my paramount priority and not politics of division and violence”.

The MP, who used the opportunity to brief members on the procedures in parliament, said the house has been busy considering bills on the institution of the three Development Authorities (Northern, Middle and Coastal development authorities) the special
prosecutor bill and other issues such as the closure of some FM stations by the NCA and illegal mining issues.

He said the bills were at various stages and that some might be passed into law before the end of the year.

Touching on the illegal mining issues, Mr Mensah said the minority was in support of the steps the government had taken to stem the situation since illegal mining was destroying the forest and water bodies across the country.

“Illegal mining is bad and should not be condoned by anyone, however, the government should as a matter of urgency, register and licence these illegal miners as small scale miners to keep them in business, I believe if they are sure of decent jobs they will voluntarily hand over their equipment” .

On how he was going to disburse his share of the district assembly common fund, the MP said his priority was currently on education and health and that in the next academic year full fee payment of 10 each of nursing, teacher and medical students in the district would be made.

He said provisions would also be made next year to provide lunch and other logistics for BECE candidates in the district.

The Member of Parliament said his office was going to help construct CHIPS compounds in communities that did not have such facilities adding that the facilities would be provided through communal labour.

To address unemployment issues in the district, the MP suggested that the assembly and School Management Committees should engage Senior High School and university graduates as pupil teachers in schools that were under staffed.
GNA/Newsghana.com.gh